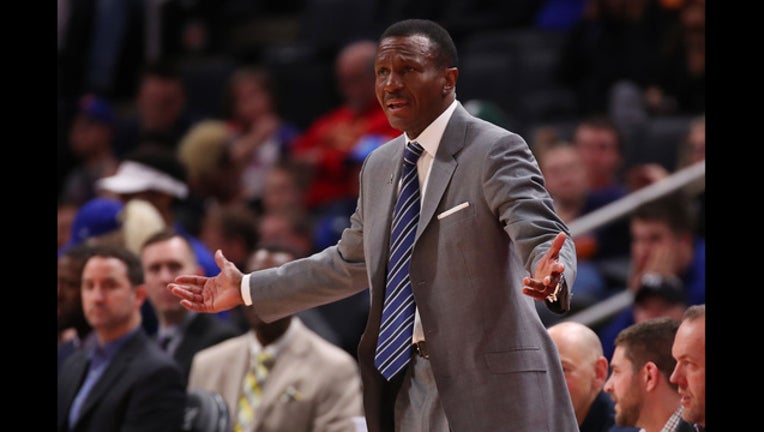 Griffin missed a third straight game for the Pistons, who are in the middle of a tight race for the final playoff spots in the Eastern Conference. The star forward has been dealing with left knee soreness.

Detroit came into the night in sixth place in the East, but just 1 ½ games ahead of ninth-place Orlando. The Magic gained ground with a win over New York on Wednesday.

The Pacers snapped a 10-game losing streak on the road, and they won for just the third time in their last 10 games. Bojan Bogdanovic and Myles Turner scored 17 points apiece, and Domantas Sabonis added 15 points and 13 rebounds.

Andre Drummond had 28 points and 19 rebounds for the Pistons, and Wayne Ellington scored 24 points.

The Pistons turned the ball over eight times in the first quarter and trailed 18-15 after one. Indiana was up 44-36 at halftime.

Pacers: Indiana is 22-21 in Victor Oladipo's absence. He is out for the season after a January knee injury. ... Darren Collison (groin) and Wesley Matthews (hamstring) also missed the game. ... Cory Joseph had six points and 12 assists.