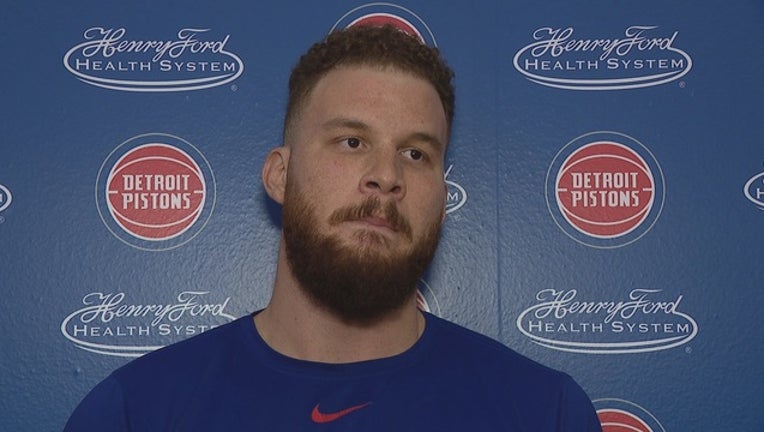 DETROIT - The Detroit Pistons start their season Wednesday in Indiana and they'll be missing one huge piece.  The team announced Tuesday that star forward Blake Griffin will not travel and will be re-evaluated the first week of Novemeber with a left hamstring injury and posterier knee soreness.

Griffin, 30, led the Pistons last season with 24.5 points per game in 75 regular season contests while averaging 7.5 rebounds and a team high 5.4 assists.

Watch FOX 2 on Thursday at 5 & 6 as Dan Miller will be live at Little Caesars Arena to bring you the latest from the Pistons home opener.