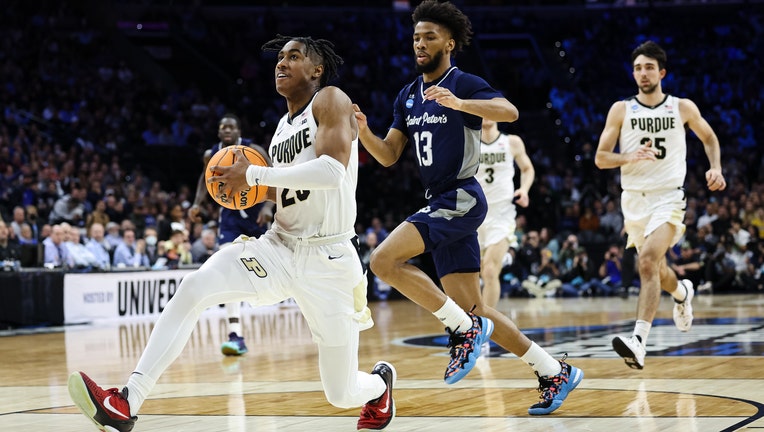 PHILADELPHIA, PA - MARCH 25: Jaden Ivey #23 of the Purdue Boilermakers drives to the basket in front of Isiah Dasher #13 of the St. Peter's Peacocks during the Sweet 16 round of the 2022 NCAA Men's Basketball Tournament held at Wells Fargo Center on

FOX 2 - The Detroit Pistons have selected Jaden Ivey with the No. 5 pick of the NBA Draft's first round.

The 6-foot, 4-inch Boilermaker was a second-team All-America with the Boilermakers averaging 17.3 points with three assists a game.

The Pistons weren't done there, according to ESPN which reported that they acquired Memphis big man Jalen Duren, the No. 13 pick overall from Charlotte. It came as part of a three-way trade from the Knicks which is also sending veteran guard Kemba Walker here. 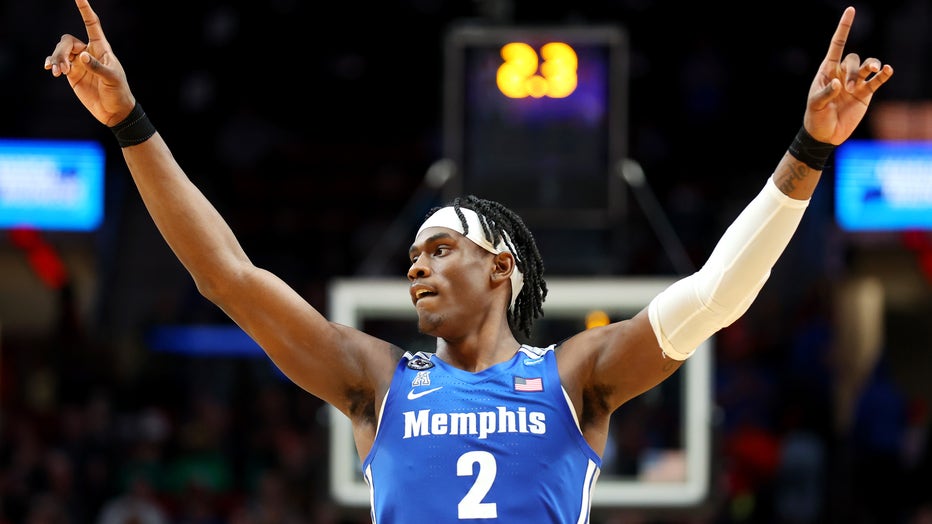 PORTLAND, OREGON - MARCH 17: Jalen Duren #2 of the Memphis Tigers reacts as time expires in the Tigers' 64-53 win against the Boise State Broncos during the first round game of the 2022 NCAA Men's Basketball Tournament at Moda Center on March 17, 202

Detroit reportedly will send a 2025 first-round pick, originally Milwaukee's - which it got in the Jerami Grant trade to the Portland yesterday. Walker is expected to be bought out of his contract, freeing him up to sign elsewhere.

Duren, 6 feet 10 inches, has been called an explosive shot blocker and leaper who averaged 12 points, 7.5 rebounds and 2.2 blocks in his only college season.

Paulo Banchero of Duke was the No. 1 overall pick by Orlando, followed by Gonzaga's Chet Holmgren second, Jabari Smith third and Keegan Murray in the fourth spot by the Sacramento Kings. 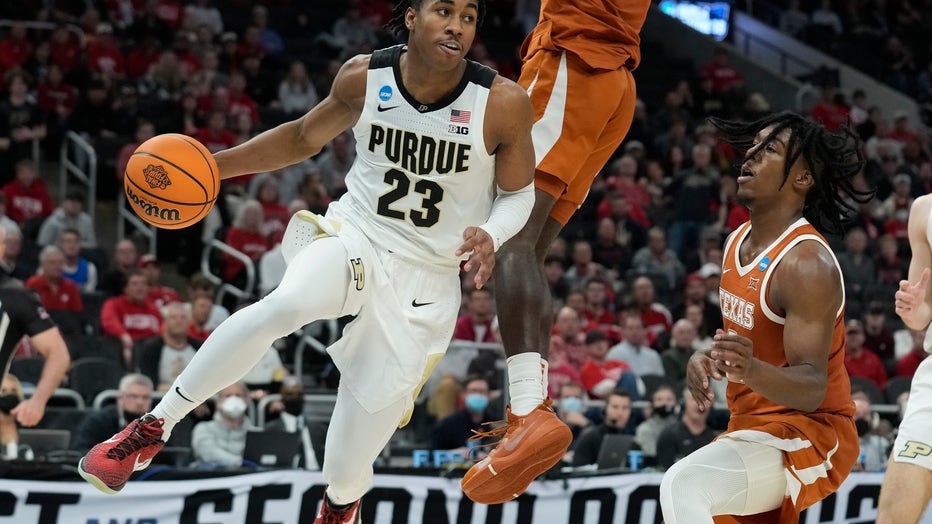