DETROIT - Detroit Pistons guard Khyri Thomas had surgery on his right foot and will be out at least six weeks.

The Pistons said Wednesday that Thomas had the procedure on the fifth metatarsal of his right foot. They say rehabilitation will begin immediately and that Thomas will be re-evaluated for a status update in six weeks. 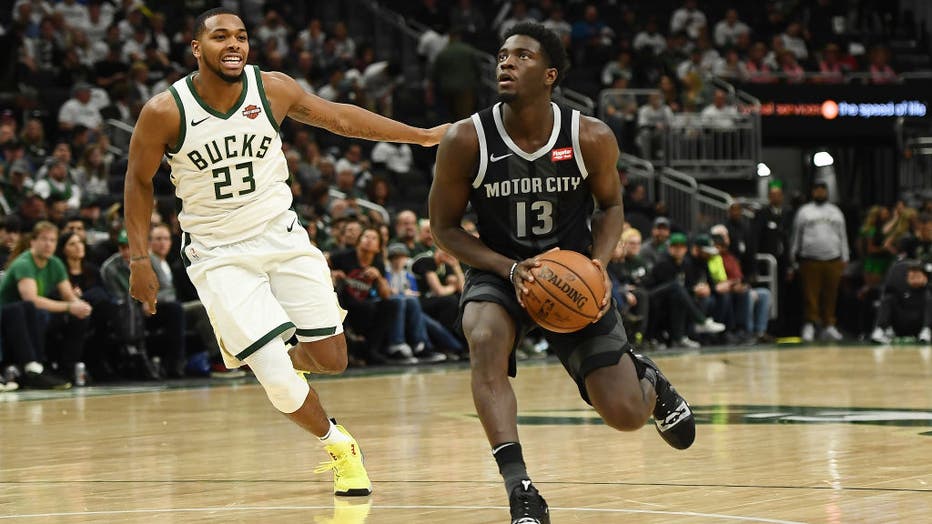 MILWAUKEE, WISCONSIN - APRIL 14: Khyri Thomas #13 of the Detroit Pistons is defended by Sterling Brown #23 of the Milwaukee Bucks during Game One of the first round of the 2019 NBA Eastern Conference Playoffs at Fiserv Forum on April 14, 2019 in Milw

Thomas had missed the Pistons’ last two games due to a stress reaction in his right foot.

Thomas was the 38th overall pick in the 2018 draft. He played in just two games so far this season. He averaged 2.3 points in 26 games last season.