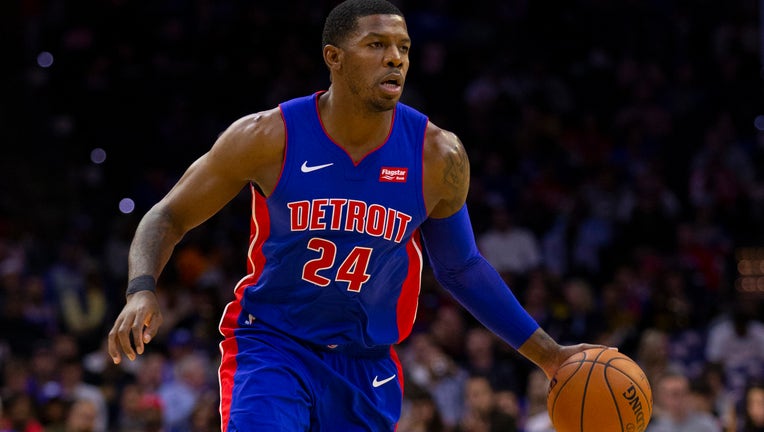 PHILADELPHIA, PA - OCTOBER 15: Joe Johnson #24 of the Detroit Pistons dribbles the ball against the Philadelphia 76ers in the third quarter of the preseason game at the Wells Fargo Center on October 15, 2019 in Philadelphia, Pennsylvania. The 76ers d

Detroit signed Johnson last month, but the Pistons maintained that he would be competing for a roster spot, and there was no guarantee of that. The seven-time All-Star did not play in the NBA at all last season and came to Detroit after being named MVP of the BIG3 3-on-3 basketball league.