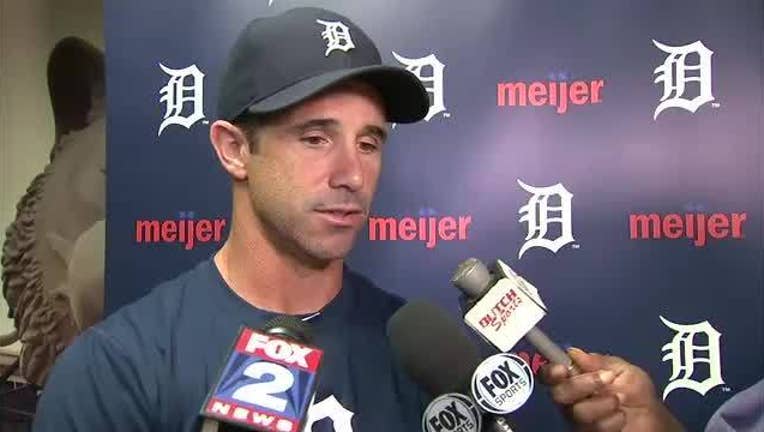 SEATTLE (AP) - Mike Zunino got the pitch he expected from Detroit Tigers closer Francisco Rodriguez and didn't waste the opportunity.

"He's got great stuff," Zunino said. "I was just fortunate enough to get a changeup. Those guys put some great at-bats on him early and got his pitch count up and I was just able to get a pitch up."

Victor Martinez gave Detroit a 5-4 lead when he opened the 15th with his 20th home run. But the Mariners came back against Rodriguez and took advantage of a pivotal error by left fielder Justin Upton.

Rodriguez (1-3) issued a one-out walk to Nelson Cruz before Adam Lind singled. Seager, who tied it 4-all with a three-run homer in the eighth, followed with an RBI single to left. Upton booted the ball, allowing Lind to reach third base as Seager advanced to second.

Zunino hit a fly ball to medium center field, and Lind slid home easily ahead of a wayward throw from Tyler Collins.

Rodriguez converted 32 of his previous 33 save opportunities.

"These guys battled and to not be able to come through, I'm a little frustrated. It's painful, definitely," Rodriguez said. "I've been here many times. One thing I have is a short memory. I'll be back tomorrow once again."

Ariel Miranda (1-0), scheduled to start Thursday for the Mariners, entered in relief and gave up Martinez's homer but wound up with his first major league win.

Seattle tied it on Seager's shot off Justin Wilson. Franklin Gutierrez singled to open the inning and Lind hit a ground-rule double with two outs. Seager drove the next pitch deep over the wall in right-center for his 21st home run.

"I threw a bad pitch to a good hitter," Wilson said. "I wanted it down and away and I left it right in the middle of the plate. He was swinging and ran into it."

"A lot of guys with not a lot of rest down there took the ball tonight," Mariners manager Scott Servais said. "It says a lot about our team. We hang in there, we hang in there and when it looks its bleakest, we somehow pull it out. Really proud of our guys."

Detroit jumped on LeBlanc for two runs on four consecutive hits to open the first. Ian Kinsler doubled on the first pitch and moved to third on Jose Iglesias' single. Cabrera and Victor Martinez followed with RBI singles.

Cabrera led off the third inning with his 26th homer, making it 3-0.

Seattle cut it to 3-1 in the fourth when Robinson Cano hit a leadoff double and Cruz followed with a triple off the right-field wall.

J.D. Martinez answered for Detroit when he opened the fifth with his 14th homer.

The Mariners loaded the bases with no outs in the sixth against starter Daniel Norris on consecutive singles by Gutierrez, Cano and Cruz. Right-hander Alex Wilson came on and retired three consecutive left-handed hitters without permitting a run.

"We had the lead late in the eighth inning and again there obviously at the end of the game," Tigers manager Brad Ausmus said. "Give them credit, they fought back against the back end of our bullpen, against Wilson and Rodriguez, and they got the job done."

Tigers: CF Cameron Maybin, who has missed five games since injuring his left thumb last week diving for a ball, is expected to go on the disabled list Wednesday. "I guess they call it a Grade 2 sprain, a little bit more significant than originally thought," Ausmus said.

Mariners: LHP James Paxton, hit on the left elbow by a line drive Sunday, is expected to play light catch Wednesday. "The swelling has continued to go down," said Servais, adding there is no definite date for Paxton's return to the rotation.

Mariners SS Ketel Marte (mononucleosis) was activated off the 15-day DL and batted ninth. "We're going to try not to run him out there eight, nine, 10 consecutive days," Servais said. "He's going to play a couple, get a day off and keep him fresh and sharp here as we go down the stretch." INF Mike Freeman was optioned to Triple-A Tacoma. ... Detroit claimed RHP Donn Roach off waivers from Seattle and optioned him to Triple-A Toledo. RHP Jeff Ferrell was designated for assignment. Roach was 2-0 with an 8.44 ERA in four games with the Mariners.