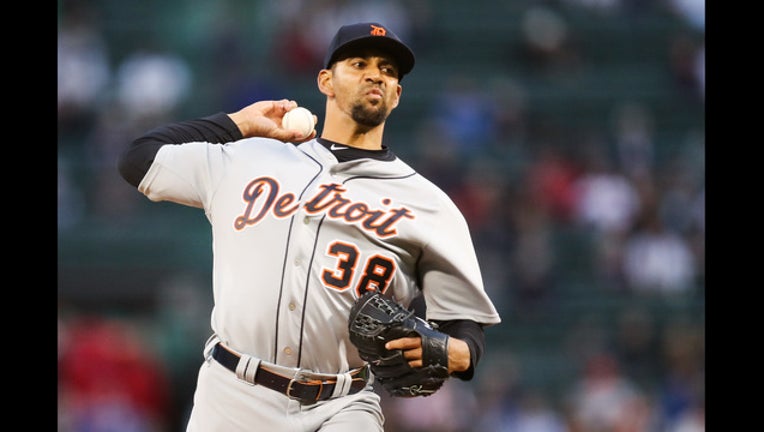 BOSTON, MA - APRIL 24: Tyson Ross #38 of the Detroit Tigers pitches in the first inning of a game against the Boston Red Sox at Fenway Park on April 24, 2019 in Boston, Massachusetts. (Photo by Adam Glanzman/Getty Images)

The Tigers made the moves before playing at Philadelphia on Tuesday night.

Rookie Spencer Turnbull started the series opener against the Phillies instead of Ross.

Ross (1-3, 4.03) had been scheduled to start. Turnbull (1-2, 2.77) is making his sixth start of the season, and the rookie is looking for his second career victory after earning the win in the nightcap of a doubleheader April 23 against Boston.

Turnbull hasn't allowed a run in 11 innings, and he is second among AL rookies with 26 strikeouts.

Mercer, who started against the Phillies, had been out because of a right quad strain. He is batting .233 in 13 games.

Harrison had been on the 10-day injured list retroactive to April 27 with a bruised left shoulder. He is hitting .156 with a homer and seven RBIs in 22 games.