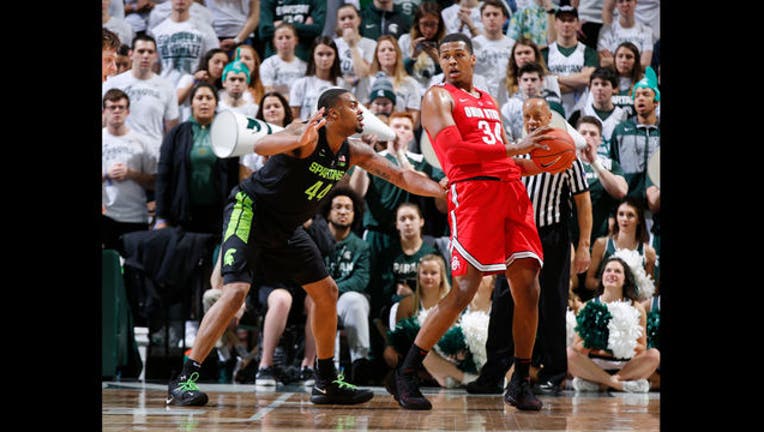 oEAST LANSING, MI - FEBRUARY 17: Kaleb Wesson #34 of the Ohio State Buckeyes handles the ball while defended by Nick Ward #44 of the Michigan State Spartans in the first half at Breslin Center (Photo by Rey Del Rio/Getty Images)

Ward will be reevaluated weekly and could return before the end of the season.  The junior is averaging a career-high 15.4 points per game.  The Spartans host Rutgers Wednesday.