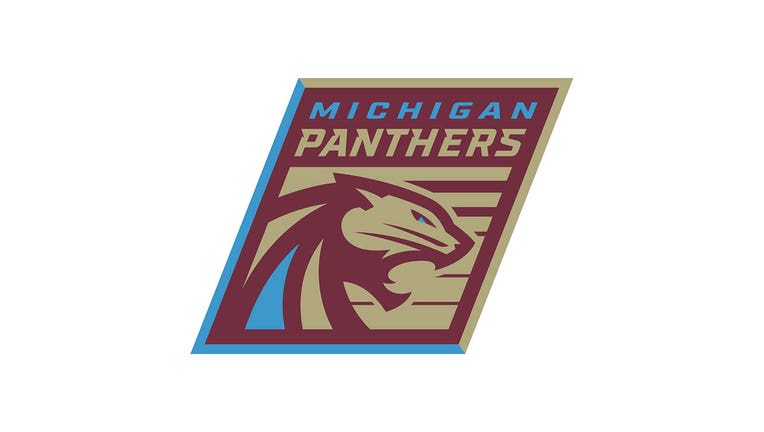 DETROIT (FOX 2) - The new United States Football League (USFL) is launching in the spring of 2022, and on Monday the league revealed the city affiliations, names, and logos for the eight teams that will take the field in April. Included in them is the historic Michigan Panthers.

The USFL is a new, independent American football league controlled by FOX Sports through NSFL HoldCo, LLC, a new business entity. It is not associated or affiliated with the USFL of the 1980s or its owners.

FOX Sports is an official broadcast partner of the USFL and will air games on a weekly basis.

What was the original USFL?

The United States Football League was an alternative football league that lasted for three seasons between 1983 and 1985.

The league initially played a spring and summer schedule but was scheduled to be played in the fall and winter beginning in 1986 – directly competing against the National Football League. But the league folded before that could happen due to financial problems and mismanagement.

Over its three seasons, the league fielded a total of 18 teams in NFL cities like Chicago, Philadelphia, and Houston, but also in non-NFL cities like Jacksonville, Memphis, and San Antonio.

The league’s rules and style of gameplay were similar to the NFL but one notable innovation was the introduction of instant replay in 1985.

Who were the original Michigan Panthers?

The Panthers were a charter member of the USFL with real estate developer and Pontiac-native A. Alfred Taubman heading up the ownership. Taubman hired Jim Spavital as general manager away from the Canadian Football League's Saskatchewan Roughriders and Jim Stanley was named head coach in November of 1982.

The Panthers were led by a trio of NFL stars on the offensive line - Ray Pinney, Tyrone McGriff, and Thorn Dornbrook - and running back Ken Lacy.

On March 8, 1983, the Panthers and the Birmingham Stallions opened the first USFL season. The game was notable for many reasons - including that it was the first professional football game ever to be broadcast on ESPN.

The Panthers won that inaugural game 9-7 on a 48-yard field goal in the final seconds of the game.

Then things took a turn as the Panthers lost four straight. That's when the Panthers signed Tinney, McGriff, and Dornbrook.

From there, the Panthers won six straight and 11 of their next 13 games.

Once in the playoffs, they beat the Oakland Invaders 37-21 and then the Philadelphia Stars 24-22 to win the first-ever USFL championship.

For the 1984 season, the Panthers got out to a hot start going 6-0 before dropping 4 straight and 8 of their next 10. They eventually went 10-8 on the season but lost to the Los Angeles Express in triple overtime.

It was the last game for the Panthers, who merged with the Oakland Invaders when the USFL opted to play games in the fall to compete with the NFL as Taubman didn't believe the Panthers and Lions could share the Pontiac Silverdome. Other problems showed that the Panthers couldn't compete in the Michigan market due to advertising rates and a fan base with "little tolerance for losing".