Winston went 8 for 16 from the field in the Spartans' 11th consecutive victory against the Wildcats. He also moved into 12th on the school's career scoring list with 1,601 points, passing Morris Peterson (1,588) and Raymar Morgan (1,597).

The senior guard bounced back nicely after he had just nine points on 3-for-13 shooting during Saturday's 72-49 victory over Oakland.

Boo Buie scored a career-high 26 points for Northwestern (5-5, 0-2 Big Ten), and Pete Nance finished with 14 in his return from a one-game suspension for “failure to adhere to program standards.” 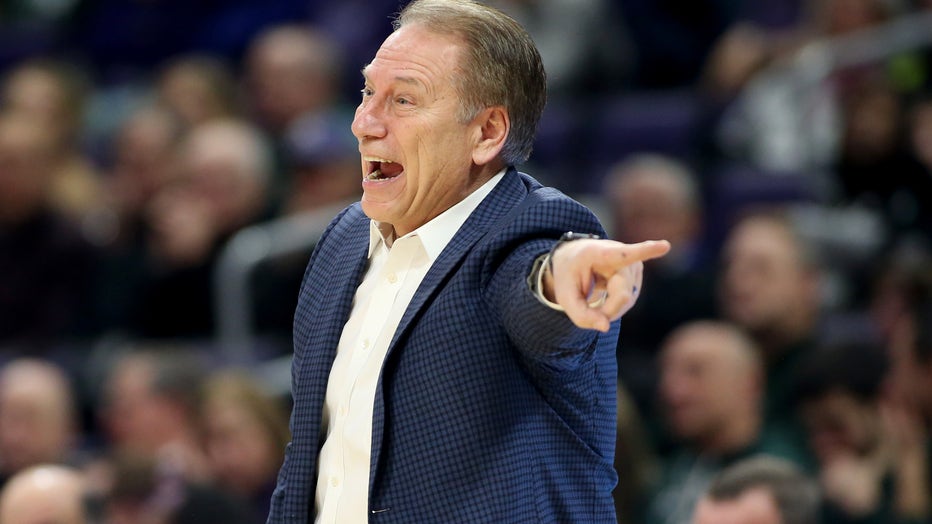 EVANSTON, ILLINOIS - DECEMBER 18: Head coach Tom Izzo of the Michigan State Spartans directs his team in the game against the Northwestern Wildcats during the second half at Welsh-Ryan Arena on December 18, 2019 in Evanston, Illinois. (Photo by Justi

Buie's 3-pointer got Northwestern within five with 12:47 remaining. The freshman guard scored 11 points during the rally.

Michigan State eventually regained control with a 7-0 spurt, and then held off the Wildcats down the stretch. Foster Loyer made four foul shots for the Spartans in the final 33 seconds.

Michigan State: The Spartans went 9 for 21 from 3-point range after they went 7 for 33 from the deep in the victory over the Golden Grizzlies. The 3-point shooting will be something to watch for coach Tom Izzo's team as it heads into the heart of its Big Ten schedule.

Northwestern: Buie's performance in his first game against a ranked opponent is a positive sign for the Wildcats. He went 5 for 7 from beyond the arc.