The Wildcats (9-6, 2-4 Big Ten) won after Michigan State’s Malik Hall missed a 3-pointer with 4 seconds left and Marcus Bingham missed the front end of a one-and-one with seven-tenths of a second remaining.

Julius Marble gave the Spartans a chance to win with a career-high 18 points. Hall and Gabe Brown scored 10 points each. Freshman Max Christie was held to six points, missing 7 of 8 shots. 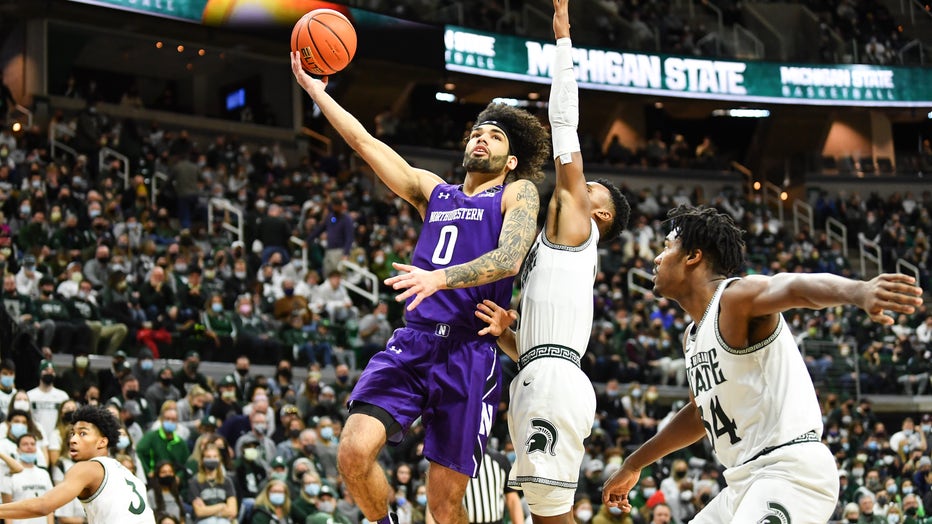 CINCINNATI (AP) -- Colby Jones scored 14 of his 16 points in the second half as No. 17 Xavier rallied after the break.

Xavier (13-3, 3-2 Big East) had six players in double figures scoring, helping the Musketeers bounce back from a tough loss on Wednesday to No. 14 Villanova.

Zach Freemante recorded his first double-double of the season with 13 points and 11 boards. He iced the game with a dunk in the closing seconds.

Paul Scruggs scored all of his 13 points in the second half and Jerome Hunter finished with 10, including a coupe of big 3-pointers during Xavier’s second-half rally.

Smith finished with 12 points and Mike McGuirl had 10 for the Wildcats (9-7, 1-4 Big 12), who failed to hold second-half leads in each of their four previous games.

They got it done against a Texas Tech (13-4, 3-2) team that handed No. 1 Baylor its first loss of the season earlier this week. Bryson Williams scored 20 points to lead the Red Raiders, who were playing their fourth game in eight days.

MILWAUKEE (AP) -- Greg Elliott made a tiebreaking free throw with 1.7 seconds left as Marquette withstood a long second-half drought and won for the fourth straight time.

The game was tied at 72-all when Elliott leaned forward around the 3-point arc and was fouled by Seton Hall’s Bryce Aiken. After looking at replays, officials determined Elliott was fouled while attempting a two-point shot. He made the first free throw to put Marquette (12-6, 4-3 Big East) ahead but his second attempt bounced off the rim.