SOUTHFIELD, Mich. (FOX 2) - I don't want to hear anyone complaining about this heatwave that we are in!  Back in April when it was unseasonably cool people were begging for some hot weather.  Well, now it's here!

Thursday, July 2 begins the start of what could be as many as 9 days in a row over 90 degrees. In fact, the current 7-day forecast has 90 or higher each and every day beginning now, continuing through the holiday weekend and bleeding into next week. There's no question...it's going to be hot.

But it's going to feel even hotter.

As we always say around here, it's not the heat though - it's the humidity. That again will ring true starting on Thursday as the atmospheric moisture begins to build.

When we take the humidity into account we begin to talk about the "Heat Index" which is how hot it "feels like" outside. In this case, our range will be between 95-100 degrees through July 4th, until at least July 8th! 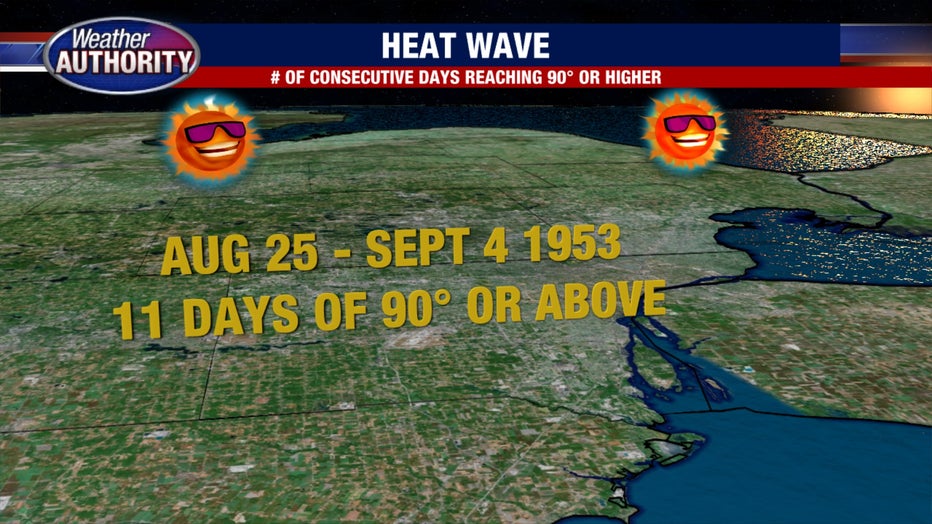 Here are a few other fun facts about Metro Detroit’s summer sizzle:

Please remember to avoid the direct sun if you can, while also staying hydrated and using sunscreen. Additionally, think about your pets, kids, and the elderly when they are outside and never leave anyone alone in a hot car

And have a Happy Fourth of July!