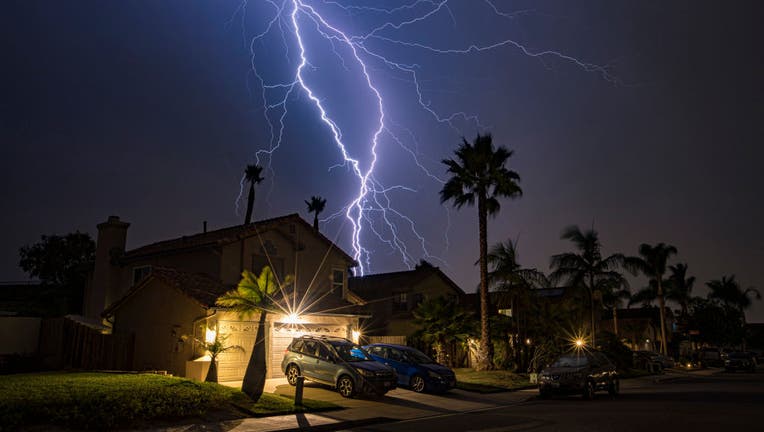 The U.S. is no stranger to lightning and its estimated these forces of Mother Nature cost homeowners over a billion dollars in damage each year, according to a recently released report by the Insurance Information Institute.

The institute found that only a small fraction of the more 100 million lightning strikes reported in the U.S. annually cause damage, but their destruction can be costly

Researchers said in 2021, claims by U.S. homeowners topped $1.3 billion, but that was significantly down from 2020, when insured losses were more than $2 billion.

The record-breaking 2020 year was due in part to California’s CZU August Lightning Complex fires, which were caused by a storm’s lightning.

The fires destroyed nearly 1,500 structures and caused millions of dollars in residential losses.

Florida leads the way with the largest amount of yearly insurance claims, but California typically has the highest average cost per claim because of the destruction caused by lightning-produced fires.

During the past year, California’s average cost per claim was around $154,574.

"The average cost per claim is volatile from year to year," Loretta Worters, vice president with the Insurance Information Institute said in statement. "Not only does lightning result in deadly fires, it can cause severe damage to appliances, electronics, computers and equipment, phone systems, electrical fixtures, and the electrical foundation of a home. The resulting damage may be far more significant than a homeowner realizes."

Experts say damage caused by lightning is covered by standard homeowners insurance policies, and some even cover power surges caused by the strikes.

What you should do if your home is struck lightning

If your residence is struck by lightning, agents advise you to call 911 to have firefighters check to see if there are any hidden hotspots in walls or attic spaces.

After the property has been deemed safe, American Family Insurance suggests taking photos and detailed notes of the damage and make sure timestamps are on all entries.

Your insurance agent and adjuster will likely need this vital information during the damage assessment of your claim.

Experts warn that you’ll likely have to pay a deductible before insurance kicks in to cover the entire loss amount.

Read more of this story on FOX Weather.