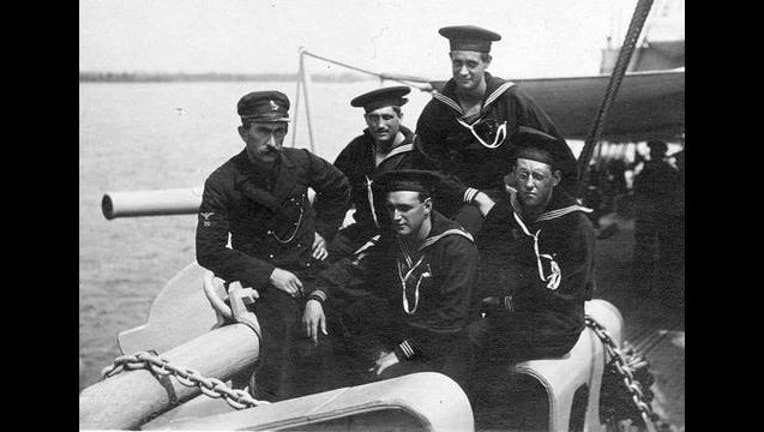 For 100 years, the United States Coast guard has protected this great country, but Michiganders role as the Guardians of the Great Lakes extends well beyond that.

This week's Throwback Thursday from the Detroit Historical Society is a photo of crew members on board the USS Yosemite. Museum curators estimate the photo was taken in 1898 when the Yosemite was in an east coast either just prior or just following the ship’s deployment in Cuba during the Spanish American War.

The Dossin Great Lakes Museum recently opened Guardians of the Great Lakes, an exhibit which tells the stories of the ships and sailors who have navigated the Great Lakes. Whether involved in military action or making the waterways safer for the other mariners, the men and women of the sea services have played a vital role in the maritime history of the region. The Dossin is located on Belle Isle and is open Friday, Saturday and Sunday from 11 a.m. - 4 p.m. all summer.  CLICK HERE for more information.