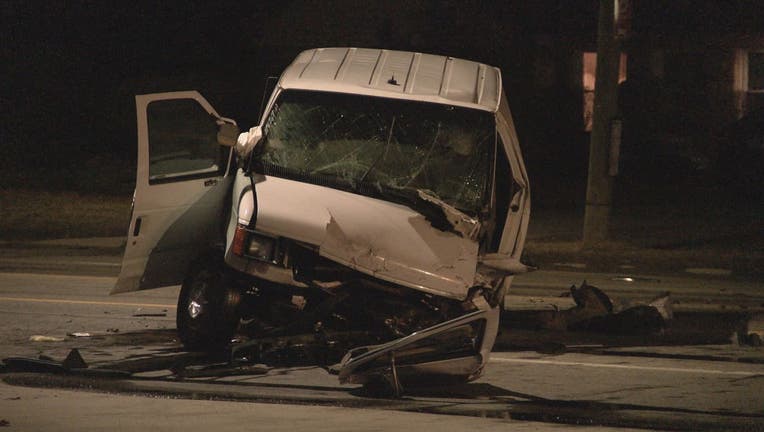 REDFORD TOWNSHIP, Mich. (FOX 2) - One person was killed Monday night in a head-on crash in Redford Township. Two others are hospitalized right now.

The crash happened at Beech Daly and West Chicago and involved a white pickup truck and a white van.

Redford Township Police are investigating right now and don't have details yet about why the crash happened. At this time alcohol and drugs are unknown as a contributing factor.

Three people were taken to the hospital.

One of the drivers was later pronounced dead, and the passenger from the same vehicle is in serious critical condition. The other driver is in stable condition.

Police haven't released details yet of the identity of any of the victims.