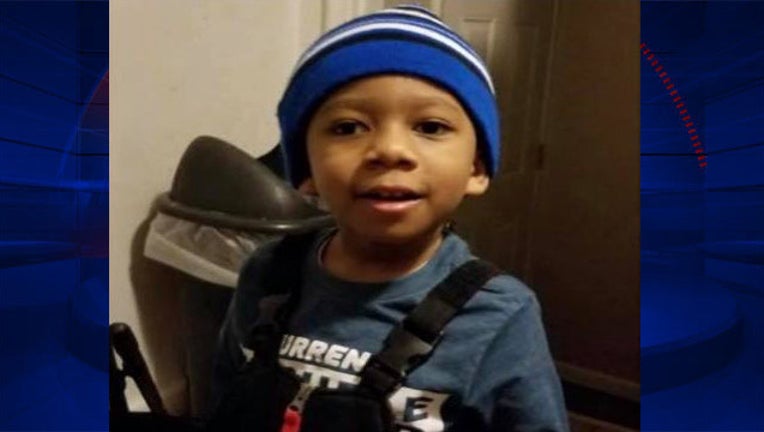 DETROIT (FOX 2) - The reward for information in the case of a 3-year-old boy killed in a drive-by shooting while he sat in the back seat of a car on the Southfield Freeway has increased to $10,000.

Police said it was about 7:30 p.m. Jan. 24 near Southfield and Plymouth Road when the boy's godmother was driving the car with the boy's mother and the boyhimself in the back seat. Another vehicle pulled alongside the car and a suspect filed a single shot, striking the boy between the shoulder blades.

Officials said the godmother immediately exited the freeway and parked at the BP gas station on the corner of Joy and the Southfield service drive. The boy was taken to Sinai Grace Hospital in critical condition and was  later transported to Children's Hospital where he died. They had been on their way to see Sesame Street Live.

Michigan State Police Lt. Michael Shaw said it's unclear whether the vehicle was targeted. He said the incident does not appear to be related to road rage.

MSP said they're looking for a silver or light-colored four-door car believed to be a Mercedes. The driver was described as a light skinned man with a full beard. No other information was released about the car or the shooter.

Crime Stoppers is offering the $10,000 reward for information leading to an arrest. Anyone with information is asked to call 1-800-SPEAK-UP. You will remain anonymous.