At 9, he opened his Vince's Hair Art - a full service salon in the comfort of his mom and dad's Bloomfield Hills basement.

FOX 2 - Sixth-grader Vince Weishaus lit up when hair stylist and Six Salon owner George Nikollaj gave him scissors he used when he started his career. George was amazed by the 11-year-old, whose love of hair started as a toddler.

"I am going to give you something that is special to me. These are one of the first pair of sheers I cut hair with," he said. "So these are from me to you."

"I have always liked it since I was young, like when I was 2, my sister had all of these dolls and always took them, played with it, braided it," Vince told us.

But it didn't take long for the toddler to go from dolls and mannequins to practicing on people. Vince had his first customer at 5.

"I did my first haircut on my grandma. My aunt was there helping me," he said.

At 9, he opened his Vince's Hair Art, a full service salon in the comfort of his mom and dad's Bloomfield Hills basement.

A neighbor who was moving gave Vince her chair and all of her hair styling tools. And thanks to the internet and YouTube, Vince has become a self-taught hair styling sensation. 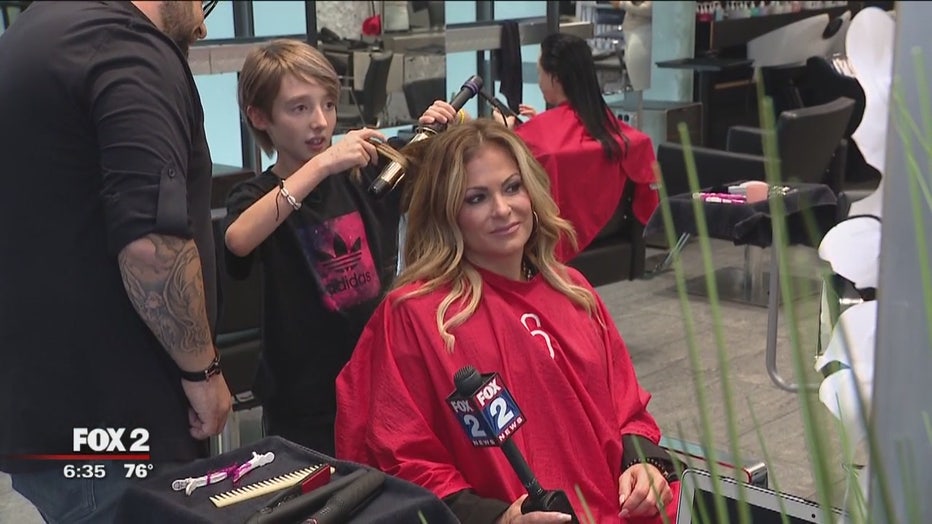 "I cut, color, curl, braid; I can do that stuff," Vince said. "I always like touching people's hair at school. They come over to my house and I curl it, or whatever. My friend, she allows me to color it, cut it, braid it and curl it."

At 11 years old, he has more than two dozen clients.

"I like it because I like all the different textures, makes me feel happy because I can make somebody else feel happy," he said.

The aspiring celebrity hair stylist has his own website Vincent Charles and Instagram page and has been getting a lot of attention lately.

That's how George Nikollaj first heard of the 6th grade hair stylist and decided to invite him to his Royal Oak salon.

"Not many people know what they want to do when they are so young," he said. "I am listening to you interview him and he is saying all the right things, the emotional connection that makes him happy. That's how I feel. I have been doing this for 26 years and never had a day where I didn't want to go to work."

Impressed with his talent, George plans to start mentoring Vince. He has gifted him some of his favorite products - and back to that touching moment, gave Vince his own personal sheers he used when he first started cutting hair.

"The smaller the sheer the more detailed you can get," George told him.

"Thank you so much," Vince said.

Vince also had a chance to step inside Six Salon and get some tips on how to perfect his craft, working a bit of his magic on Taryn Asher.

And who wouldn't sit in Vince's chair. If this is his skill at 11, his potential is limitless. 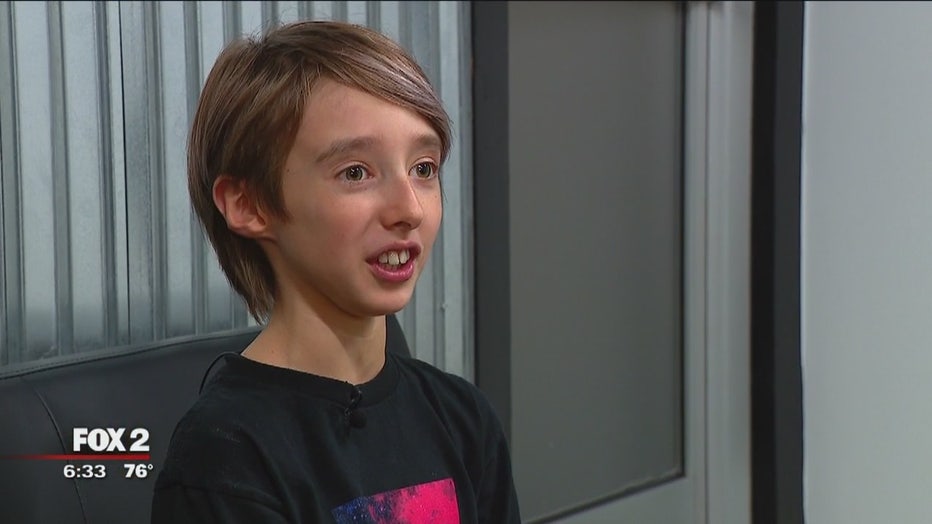