A young boy has been charged for being behind the school threats that kept Melvindale schools closed the past three days.

MELVINDALE, Mich. (FOX 2) - A 12-year-old boy has been charged for the school threats which had Melvindale and North Allen Park schools closed for three days this week.

On September 15, 2019 at approximately 10:22 p.m., it is alleged that the suspect issued a threat toward students at the Strong Middle School in Melvindale through a cell phone app. 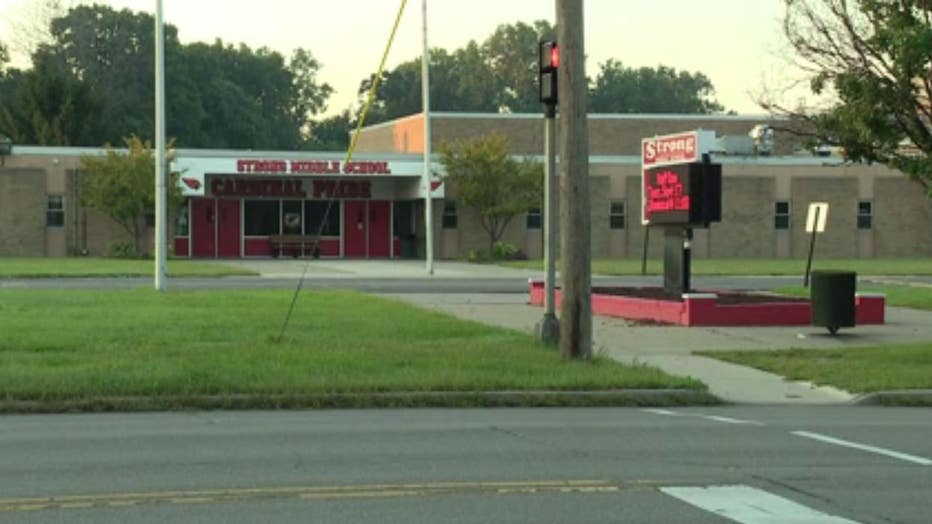 In one shared picture of the threats by police, it warned "don't go to school tomorrow" due to "two shooters" with one each in the high school and middle school.

The Melvindale Police Department was notified of the social media threat and, through their investigation, identified the juvenile respondent as the source of the threat.

He was charged with one count of Threat to Commit an Act of Violence against the School, Employees or students and one count of Malicious Use of a Telecommunication Device. Both charges are misdemeanors. If convicted the boy will be sentenced as a juvenile with an appropriate sentence in the juvenile justice system. 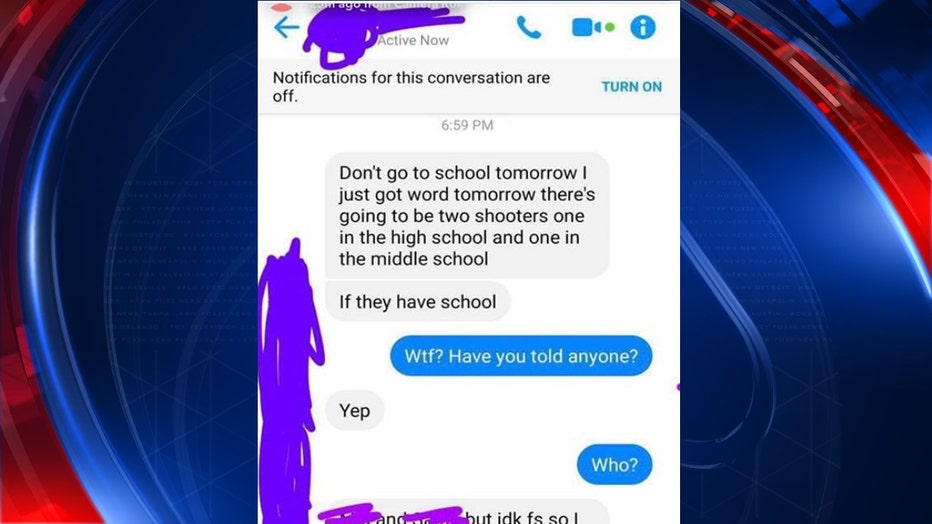