TROY, Mich. (FOX 2) - John R and Big Beaver roads in Troy was brought to a standstill Friday as a massive crowd marched through the streets.

Students from Troy and Troy Athens high schools as well the International Academy East, taking part in the rally.

"Seeing people showing love, showing respect, showing just support for our community, I started tearing up when I got here," said Keiara Glover.

"Police have to be completely from the ground up reworked and changed, because right now it's working for the common people," said Kuba Niwinski.

Smith, a 2019 Troy Athens graduate took the lead in organizing this effort. The vast majority of those participating in it, were white.

FOX 2: "Do you think this is going to be a tipping point in this country in regards to race relations?"

"All of my friends and supporters that are not of color, we see you, we hear you, we thank you, we applaud you not just for being out here, but for educating yourself with the right information in order to speak out," Smith said to the crowd. "To all the uncomfortable racist people suck it up!" 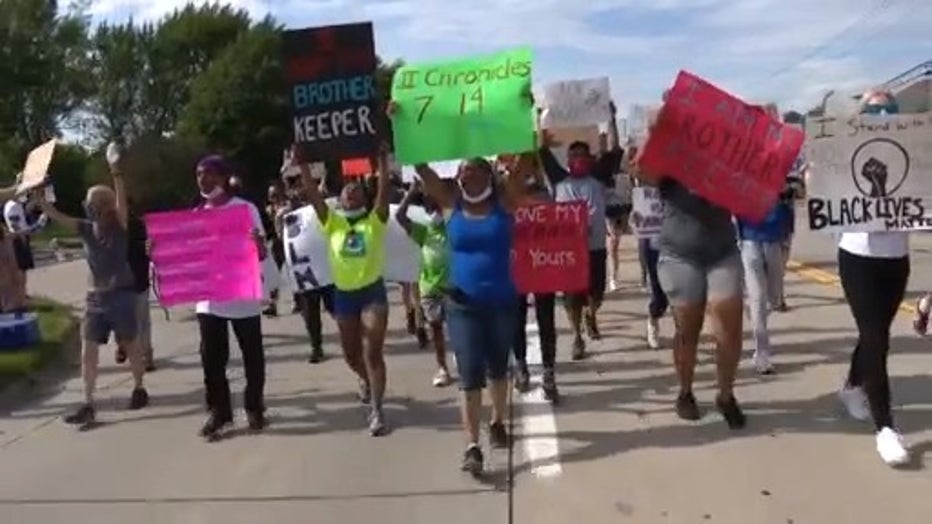 A man hit a protester with his car during the last gathering in Troy. The 68-year-old is now charged with felonious assault. This time around there were no issues.

Troy Mayor Ethan Baker said the city will be reviewing their police department's policy on use of force, training, hiring and community relations. After they review that, they will decide if any policies need to be changed.