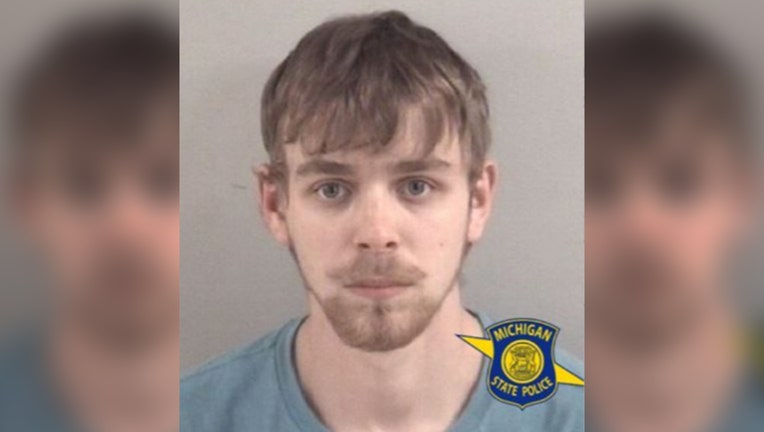 James Edward Charboneau, 18, was arraigned on 19 felony charges for rape and kidnapping in July.

(FOX 2) - The Michigan State Police said an 18-year-old man from northern Michigan was arrested in the abduction and rape of a woman he apparently knew.

James Charboneau, 18, was arrested this week for a July 12th abduction and rape.

According to Michigan State Police, they were called on Sunday, July 12 by a woman who said she was driven to a remote location in Emmet County and sexually assaulted her.

The victim told MSP it was Charboneau who took her and raped her and identified him as an acquaintance.

MSP's subsequent investigation and the victim's statement eventually led to a 19-count warrant issued for Charboneau, of Cheboygan.

His bond was set at $1 million cash or surety and he's due in court in late October.