Commodore Lynn Kotwicki - elected to lead the Bayview Yacht club - the first female do to so in the club's history - founded in 1915. It took more than a century of sailing here to have a woman at the helm - and she's loving it.

FOX 2 - Commodore Lynn Kotwicki - elected to lead the Bayview Yacht club - the first female do to so in the club's history - founded in 1915. It took more than a century of sailing here to have a woman at the helm - and she's loving it.

"We are at the Bayview Yacht Club in Detroit - and I am the 2022 Commodore," said Kotwicki. "I get choked up every time I'm asked - I did it because it was my turn to give back - Bayview has afforded me so many opportunities racing all over the world."

It's a passion that grew out of tragedy - when she was a child.

"I actually started sailing when I was 9 - my mom had passed away and my dad was racing, and the boat owner said, 'Hey Denny - why don't you bring your kids,'and they brought their kids and I did my first Mackinac in 1985 when I was 13."

Her first Mackinac - that's the Bayview to Mackinac race and this will be her 25th year competing, close to 200 boats sailing from Port Huron to Mackinac next weekend.

"We are proud to say we are now the longest freshwater consecutively run race in the world," she said.

"To me it's the camaraderie - it's the adrenaline," Kotwicki said. "I love it - the sunsets and the sunrises - you cannot beat it and the Northern Lights - when you get up to Mackinac Island in the northern part of Lake Huron, it's stunning to see the Northern Lights." 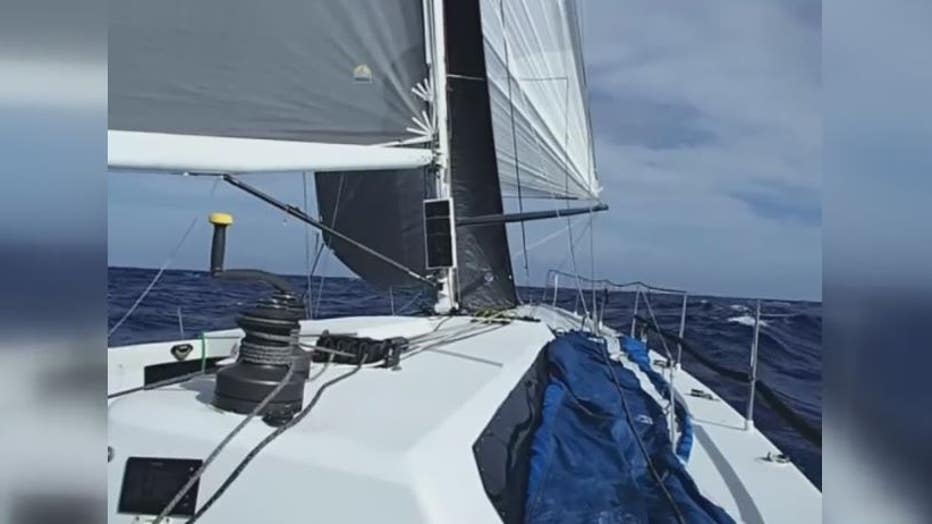 For all of the adrenaline of the race and the beauty of being on the water - it can also get pretty scary when you're out there sailing.

"It's a different sense of adrenaline," she said.

Kotwicki and her fellow sailors have had to brace for plenty of storms.

"It's not like you can turn around and be at dock in two minutes," she said. "It gets serious - it's serious but it's also fun during the race - but if a storm's coming - it's - all - pay attention.

"You trust your lives with the people you sail with - and I wouldn't do it if I didn't trust them."

And she'll be on board the 'Hot Ticket' when it sets sail - the same boat she and her fellow sailors piloted to a first-place finish in the recent women on water event - where all ages were represented.

"You're seeing a lot younger kids - which is amazing because that is the future of our sport," she said.

A future that's growing with their junior sailor program - and one she hopes will inspire others to get out on the water. 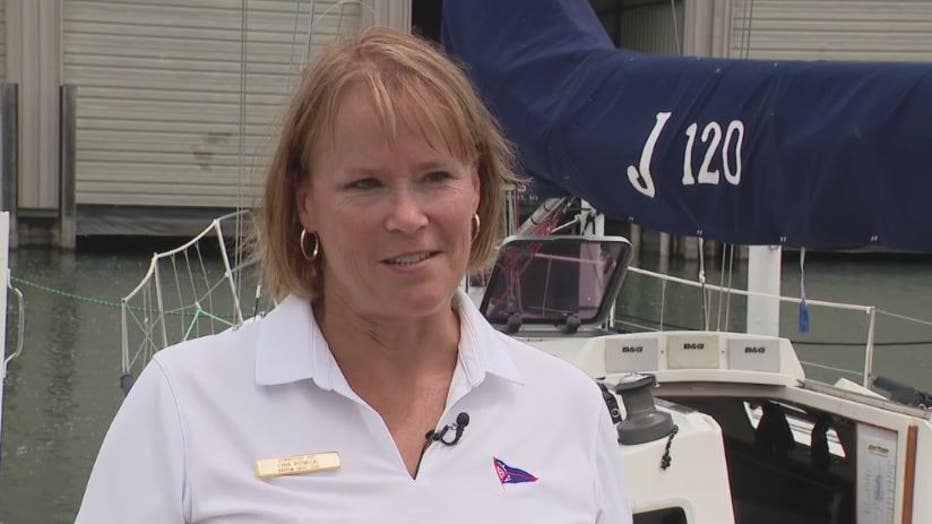