TROY, Mich. (FOX 2) - Two Detroit women are facing multiple charges after they injured an officer while trying to evade arrest outside a department store in Troy.

Police say officers were called to the JCPenney on 14 Mile Road and John R the evening of Dec. 21 for two suspects involved in retail fraud. 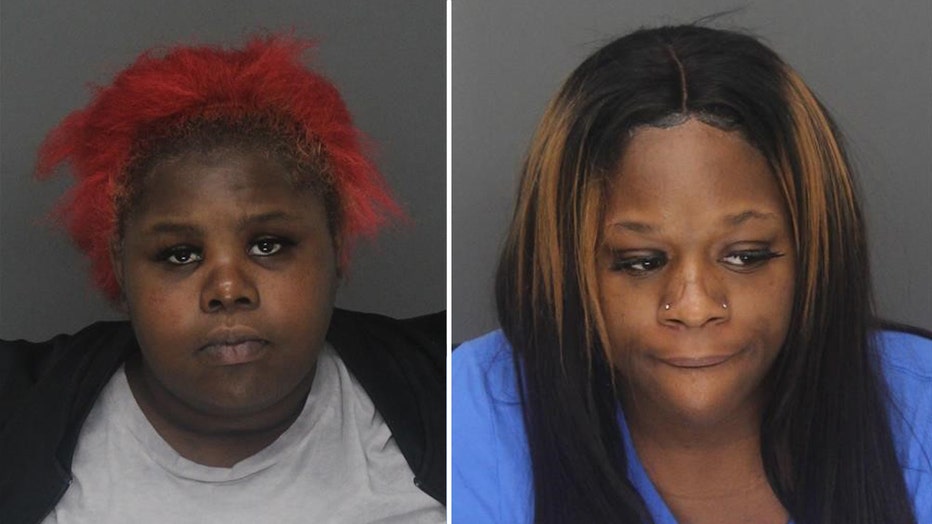 When police got there, they saw the two suspects leaving the store and get into a black 2008 Saturn Vue. One of the officers pulled the patrol car behind the Saturn and turned the emergency lights and siren on.

The officers then got out of the car and approached the suspects, one on each side of the driver's and passenger's side.

That's when the woman in the driver's seat accelerated, trapping the officer on the passenger side partially in the vehicle.

The officer was dragged as the woman continued to accelerate.

Police say she went on to hit three other vehicles before giving up. The officer was hurt by the open vehicle door every time she crashed into something.

The second officer eventually drew his gun and ordered her to turn the car off.

Markayla Pruitt and Zetorria Ellis are both facing charges of first-degree retail fraud, assaulting a police officer causing injury and assault with a dangerous weapon.

It's not known right now how serious the officer's injuries were.