Louisville police say two officers have been shot amid protests over a lack of charges in the Breonna Taylor case. Police say a suspect is in custody.

Police Chief Robert Schroeder said one officer is alert and stable and the other officer is in surgery and stable. He said the officers had gone gone to an area in the city to investigate reports of shots fired when they were hit by gunfire. 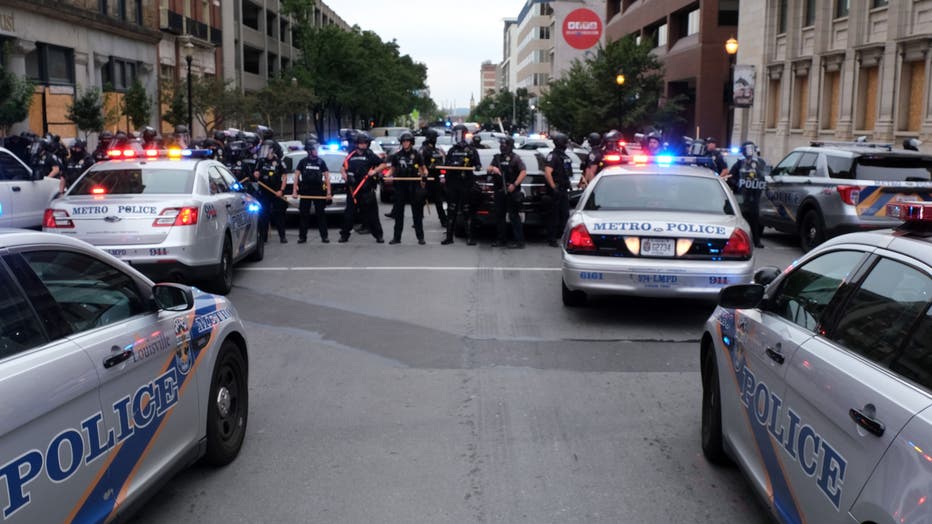 Police officers line up in a row as protesters march in Louisville, Kentucky, on September 23, 2020, after a judge announced the charges brought by a grand jury against Detective Brett Hankison, one of three police officers involved in the fatal shoo

The shootings came hours after a grand jury on Wednesday brought no charges directly against Louisville police for the killing of a Black woman, Breonna Taylor, in a police raid gone wrong.

A Kentucky grand jury brought no charges against Louisville police for the killing of Breonna Taylor during a drug raid gone wrong. Prosecutors said Wednesday that two officers who fired their weapons at the Black woman were justified in using force to protect themselves. Instead, the only charges brought by the grand jury were three counts of wanton endangerment against fired Officer Brett Hankison for shooting into Taylor’s neighbors’ homes. Taylor was shot multiple times by officers who burst into her home on March 13 during a narcotics investigation.

Ben Crump, a lawyer for Taylor’s family, denounced the decision as “outrageous and offensive,” and protesters shouting, “No justice, no peace!” marched through the streets.

Scuffles have broken out between police and protesters, and some were arrested. Officers in riot gear fired flash bangs and a few small fires burned in a square that’s been at the center of protests, but it had largely cleared out ahead of a nighttime curfew and demonstrators marched through other parts of downtown Louisville. Dozens of police cars blocked the city’s major thoroughfare.

Taylor, an emergency medical worker, was shot multiple times by white officers who entered her home on a no-knock warrant during a narcotics investigation. State Attorney General Daniel Cameron, however, said the investigation showed the officers announced themselves before entering. The warrant used to search her home was connected to a suspect who did not live there, and no drugs were found inside. 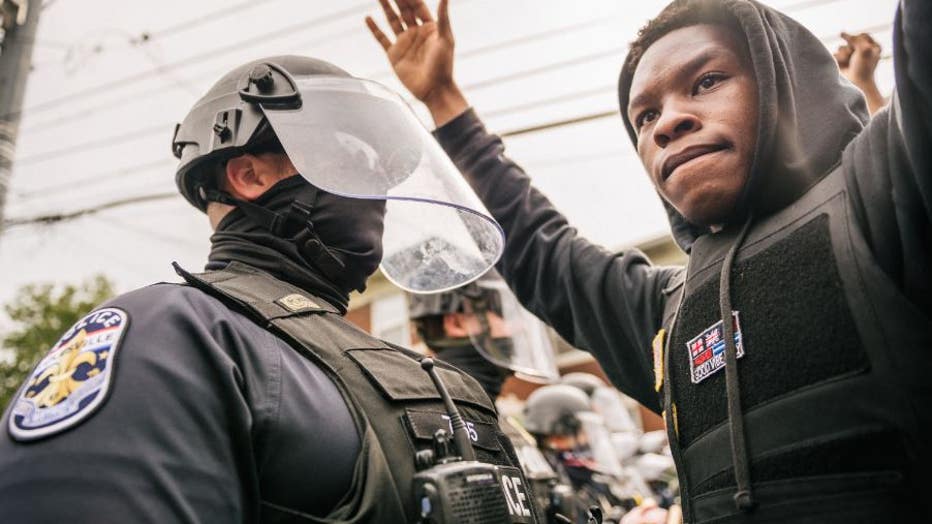 LOUISVILLE, KY - SEPTEMBER 23: A protestor raises his hands in the air during a standoff with law enforcement on September 23, 2020 in Louisville, Kentucky. Protesters marched in the streets after the Kentucky Grand Jury verdict indicted 1 of 3 offic

Along with the killing of George Floyd in Minnesota, Taylor’s case became a major touchstone for nationwide protests that have drawn attention to entrenched racism and demanded police reform. Taylor’s image has been painted on streets, emblazoned on protest signs and silk-screened on T-shirts worn by celebrities. Several prominent African American celebrities joined those urging that the officers be charged.

The announcement drew sadness, frustration and anger that the grand jury did not go further. The wanton endangerment charges each carry a sentence of up to five years.

“To not indict the officers for murder is to claim #BreonnaTaylor killed herself. Racist America constantly kills Black people and then tells Black people we killed ourselves,” tweeted Ibram X. Kendi, director of the Center for Antiracist Research at Boston University and the author of “How to Be an Antiracist.”

While the rallies were largely peaceful, police in protective gear carrying batons mobilized in downtown, and some scuffles broke out. Officers could be seen handcuffing some people. Police also ordered a group that broke off from the protests to disperse, warning that chemical agents might be used if they didn’t.

Gov. Andy Beshear, a Democrat, said he authorized a limited deployment of the National Guard. Guard members and armored military vehicles were in downtown Louisville, and streets were blocked off with barricades, fences and large trucks.

Beshear also urged Cameron, the state attorney general, to post online all the evidence that could be released without affecting the charges filed. 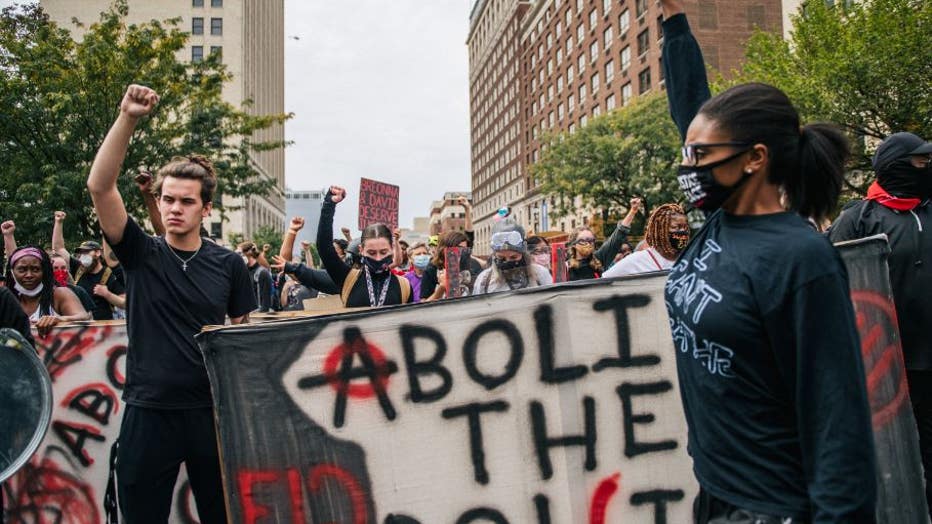