(FOX 2) - The Michigan DNR says two men have confessed to shooting an eagle up in Manistee, leading to the bird's euthanasia.

Some fishing guides were near the Bear Creek access site on the Manistee River at the time of the shooting and saw what happened. They heard the gunshot and saw the eagle fall from the sky. They immediately reported the shooting to the DNR Report All Poaching hotline around 8:40 a.m. Saturday.

Conservation officers came out and found the eagle crawling on the ground just east of the intersection of Kettner and River roads. They were able to cage the bird and take it to a rehabilitation center in Leelanau County. Staff there determined the female bird wouldn't be able to survive surgery, and euthanized it Monday.

"The pellets caused multiple fractures in both of her wings, some of which had completely shattered some of the bones," said Rebecca Lessard, Wings of Wonder executive director. "There was just too much damage; she was not a surgical candidate." 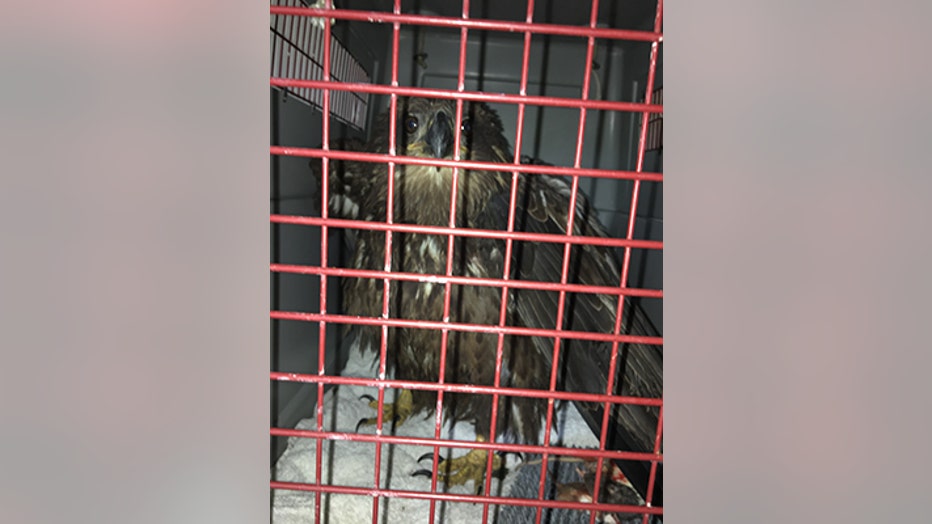 Meanwhile, the guides who called in the shooting said they saw two men about 100 yards away picking up decoys from the ground afterward.

One of the guides approached the men and got his identification. The suspect reportedly said they knew they had "messed up."

The responding conservation officers were able to talk to the two men, who are 53 and 24 years old from New Boston, and got a confession.

"They said they saw the bird coming across the sun and thought it was a goose," officer Steve Converse said. "After they shot it, they realized it wasn't a goose. When they walked away, they knew it was still alive but claimed they had no phone service so they couldn't call to report the eagle."

The DNR will submit its report to the Manistee County prosecutor's office to determine if charges will be authorized.

If you witness or suspect a natural resource violation, call or text the Report All Poaching hotline at 800-292-7800. Dispatchers are available 24/7.