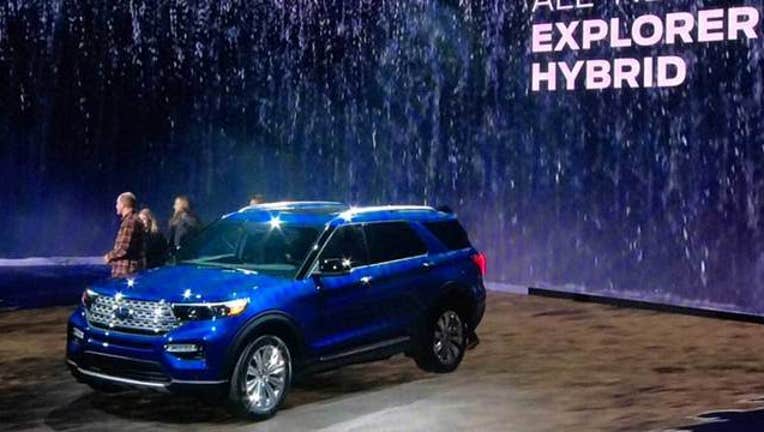 All Monday long, automakers will make announcements and reveal models -- and FOX 2's got everything you need to follow along. Press briefings from Ford, Ram, Toyota and more are scheduled about every half hour, so we'll be updating this page throughout the morning.

Last year, Ford dominated headlines with the Ford Mustang Bullitt, which debuted 50 years after the iconic Steve McQueen film brought it to fame.

The third best-selling vehicle in the U.S., the Ram pickups hold their own against the Chevy Silverado and the Ford F-Series.

Back for the first time in 20 years, the Toyota Supra was unveiled Monday morning.

The first production Supra will be auctioned off Saturday. Its expected to hit worldwide markets in the first half of next year.

While the industry seems to be more interested in crossovers over sedans, Volkswagen reminds the world there are still buyers by introducing the 2020 Passat.

Beetle fans will get their last chance to look at the iconic vehicles at the show as VW discontinues production.

Eyes on the future, Nissan showed off a next-generation EV concept vehicle.

Kia's big reveal actually made its first appearance not at a car show - but at a fashion show.

The 2020 Telluride was shown at New York Fashion Week, as the design was influenced by fashion designer Brandon Maxwell.

Similarly to Nissan, INFINITI unveiled its electric QX Inspiration concept -- but the actual car was having some issues and didn't make it on stage.