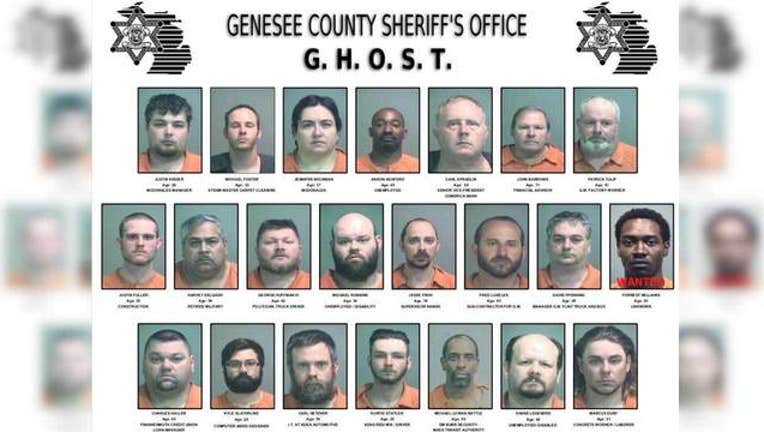 They all are believed to have been targeting kids in the county for sexual purposes. Many live in the county, and others are from Saginaw, Shiawassee, Oakland, Wayne, Lapeer, and Tuscola Counties, Pickell said.

The breakthrough in arrests comes after the sheriff's office formed a new task force, the Genesee Human Oppression Strike Team, or GHOST.

Pickell said GHOST has made two additional arrests of accused pedophiles, one who is believed to have sexually assaulted a 2 year old, and another who allegedly assaulted a 6 year old. Three human trafficking felony charges are also pending.

In total, arrests of these individuals have resulted in 66 felony charges, totaling 994 combined years of potential prison time.

Authorities are holding a press conference Monday morning to give more details about GHOST and the sex sting operation.