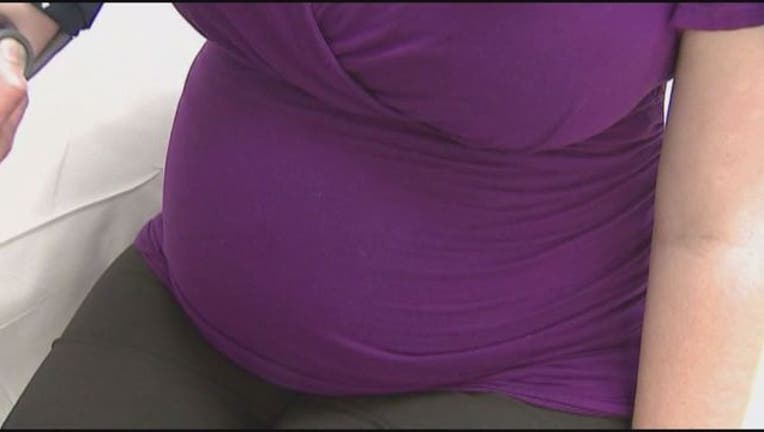 GOTHENBURG, Sweden (AP) — For one family in Sweden, a pioneering procedure has led to a baby being born from the same womb that nurtured his mother, uniting three generations.

The new mother, who lost her own uterus to cancer in her 20s, said it was "unimaginable" that she now had her own child, thanks to her mother's donated womb.

"It can't be described how happy we are," she told The Associated Press in an exclusive interview. "It's everything that I hoped for and a little bit more," said the woman, who asked that she and her mother not be identified in order to protect the privacy of her 9-month-old son.

Dr. Mats Brannstrom, who is behind the revolutionary process, has ushered in four babies — all boys — with transplanted wombs; a fifth is on the way. He said there was something very special about this case: "It's one uterus bridging three generations of a family."

Before his breakthrough, there had been two attempts to transplant a womb — in Saudi Arabia and Turkey — but no live births. Doctors in Britain, France, the United States and elsewhere are planning similar operations with wombs from women who have died recently, not living donors.

Brannstrom, a professor of obstetrics and gynecology at Sahlgrenska Hospital at the University of Gothenburg and Stockholm IVF, first transplanted wombs into nine women about two years ago as part of an experimental study, including the new mother, who was the first. Complications forced the removal of two of the wombs. The women in the trial were either born without a womb or had it removed due to cancer.

The new mother, in her early 30s, recalled that as hospital staffers wheeled in her mother for the transplant, "I was crying and told her I loved her and thank you for doing this."

The woman's mother — the baby's grandmother — said she immediately agreed when her daughter raised the idea.

The proud grandmother, in her mid-50s, acknowledged she has difficulty understanding the magnitude of the birth, but "at the same time, I sometimes think that I am a part of history."

The new mother underwent in vitro fertilization to make embryos using her eggs and her husband's sperm. Doctors waited a year after the transplant to ensure everything was OK. After four attempts to transfer embryos into the new womb, she got pregnant. There were no complications, and she delivered via cesarean section, as planned.

"Feeling him against my cheek was the most wonderful feeling ever," the mother said. In tribute to Brannstrom, she and her husband gave the baby the middle name of Mats.

She said they will one day tell the boy how he was conceived. "My thought is that he will always know how wanted he was," she said. "Hopefully when he grows up, uterus transplantation (will be) an acknowledged treatment for women like me and he will know that he was part of making that possible."

Brannstrom and his colleagues are planning more groundbreaking womb transplant procedures. One trial will use wombs from recently deceased women and another will employ robotic surgery to shorten the time of the 10- to 12-hour operations. Brannstrom is working with doctors in India, Singapore, Lebanon and Argentina to do womb transplants there.

Experts marvel at Brannstrom's work and described it as the biggest breakthrough in fertility medicine since IVF.

"This was impossible until Brannstrom did it," said Dr. Antonio Gargiulo, an associate reproductive endocrinologist at Brigham and Women's Hospital in Boston who has not been involved in the operations. He said removing a womb is unlike any other operation and that the organ must be very delicately grafted onto the recipient's major arteries and veins.

Gargiulo said doctors need to monitor whether babies in the womb get enough nutrients from the placenta and must ensure sufficient blood flow to the arteries.

Brannstrom said the blood flow during pregnancy was normal in all four babies and that all are healthy.

The new mother and her husband are contemplating a second child; the transplanted womb was intended for two pregnancies, before being removed so the mother can stop taking rejection medications.

She said she will be forever grateful to her mother.

"The real unique thing is what me and my mom went through," she said. "It's a big thing and he and his grandmother will have this bond for the rest of their lives."

Malin Rising in London contributed to this report.