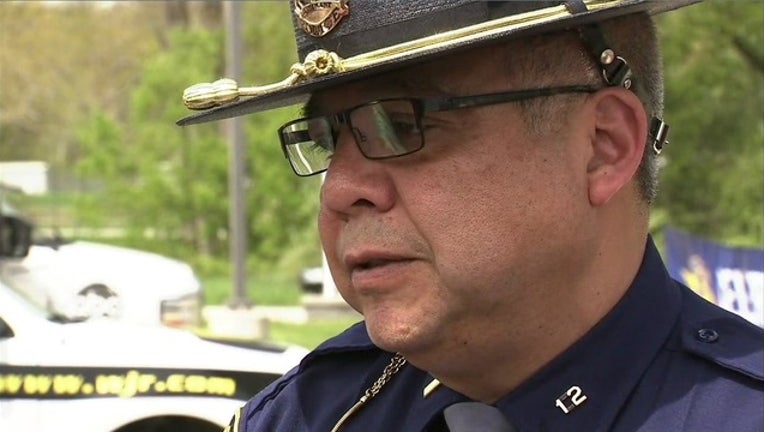 Five people were killed and three others were injured when two cars full of people collided on M-59 in Livingston County Tuesday night. According to police, a driver ran a stop sign and caused the horrific crash.

During a press conference Wednesday morning to provide updates of the crash, Michigan State Police Lt. Mario Gonzales said that a driver went through the stop sign on Argentine Road at M59, and collided with the other car going east on M59.

Lt. Gonzales said that one car was headed south on Argentine Road and was carrying four people. The driver, a 22-year-old, and a passenger in the back seat are both still alive but are in critical condition at an Ann Arbor hospital. A front seat passenger and a back seat passenger were both killed in the crash.

In the car that was going east on M59, Lt. Gonzales said that the driver, a 39-year-old, was critically injured. A front seat passenger, 36, and two people in the back seat, both 70 years old, were all killed in the crash.

Lt. Gonzales said that all but one victim has been identified. Names have not been released at this time as police are still working to notify family members of the deaths.

The crash happened just after 10 p.m. Tuesday. Lt. Gonzales said that he was on the scene all night and calls the crash a tragedy.

"When we become police officers, they don't take away our feelings...anything like this is a tragedy. My heart goes out to those family members," he said. "There is nothing worse than driving on a scene where people are dead and we cannot do anything."

Both roads are paved roads and Lt. Gonzales said they're not extremely busy. He did say that there is a flashing yellow light at the intersection.

Lt. Gonzales said the crash was so violent, both cars wound up in a field southeast of the intersection and off the roadway.

"We don't deal with this amount of fatalities on a regular basis," he said.