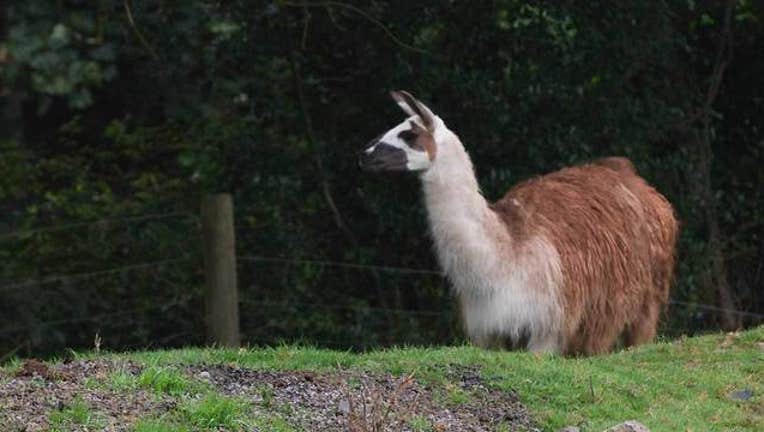 A Llama stands next to a Yes campaign sign in a field on the Scottish borders on September 10, 2014 in Jedburgh, Scotland. (Photo by Ian Forsyth/Getty Images)

LOUISVILLE, Ky. (AP) - Authorities believe a "large animal" is responsible for an attack that killed six llamas on a farm near a zoo in Kentucky.

Louisville Llama Farm owner Caroline Willette tells the Courier Journal she awoke Monday morning to blood and tufts of wool spread around her property. Five llamas were found dead with bite marks behind their ears and by their flanks, while a sixth was put down because of injuries.

At least two other llamas were injured. She says the attack caused at least $10,000 in damage.

Willette doesn't believe coyotes were responsible for the attack, as llamas are good at defending themselves and one of the animals killed weighed 500 pounds.

The farm is behind the Louisville Zoo, but zoo officials say they're unfamiliar with the attack.