COZUMEL, Mexico - A cruise ship scraped another while trying to dock in the Mexican Caribbean resort of Cozumel on Friday, damaging at least one of the boats and resulting in six passengers suffering minor injuries.

Carnival Cruise Line said in a statement that the Carnival Glory was maneuvering in the port when it “made contact” with the Carnival Legend in the morning. The Legend departed from Tampa Dec. 15. 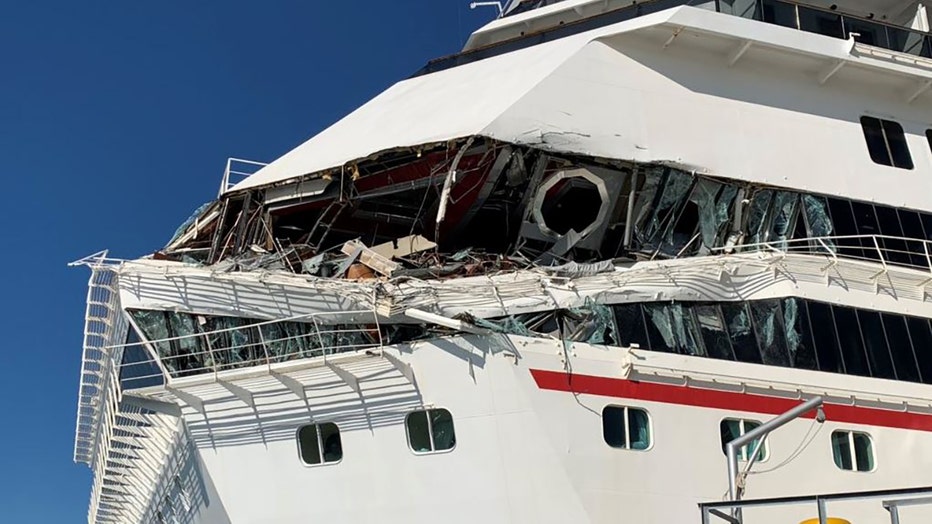 Videos shot by startled passengers and posted on social media showed the noisy, slow-moving accident, which left part of the Glory visibly mangled at the stern.

The cruise line said it was assessing the damage, but there were "no issues that impact the seaworthiness of either ship.” It said a guest suffered a minor injury when a group was evacuated from a dining room. They later said an additional five passengers sought medical attention aboard the Carnival Glory.

"Since our initial assessment, six guests with minor injuries have presented themselves to the Carnival Glory medical center for evaluation," a spokesperson told FOX 13.

According to Carnival's website, the Glory sails from New Orleans on cruises to the Caribbean and the Panama Canal and is 952 feet long with a guest capacity of 2,980.

The Legend operates from multiple ports in Europe and the United States, including Tampa, to a variety of destinations and is 963 feet long with a capacity of 2,124.