Dozens of dogs flown from Bahamas to Michigan for adoption

More than 70 dogs from overcrowded shelters in the Bahamas landed in Michigan on Wednesday, where they will find new homes.

YPSILANTI, Mich. (FOX 2) - A flight carrying 72 dogs from an overcrowded shelter in the Bahamas arrived in Ypsilanti on Wednesday.

The Wings of Rescue flight brought the dogs to Ypsilanti, where the Michigan Humane Society will evaluate the animals and place them up for adoption.

"They're living in hell in the Bahamas," said Rick Browde the president and CEO of Wings of Rescue.

Many of the dogs on the flight are what are called Bahamian "Potcakes," a mixed breed that gets its name because in the Bahamas pets are often fed what is left at the bottom of cooking pots.

One of the dogs, Tanya, had been attacked with a machete and was badly injured. The Bahamas Humane Society cared for her until she was ready to be adopted. 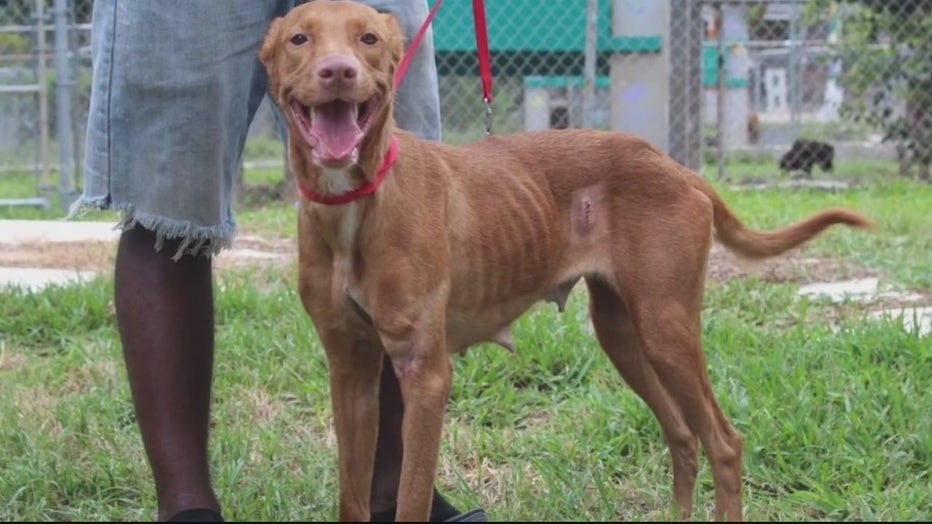 "Tanya was tied to a fence emaciated. She could barely stand. She had two puppies and someone had attacked her with a machete," Browde said. "She made this flight knowing she is going to find an a amazing home in Michigan."

Wings of Rescue transports at-risk pets from crowded shelters to areas with empty kennel space so the animals can find homes. Learn more about the organization here.