A dangerously windy weekend in Metro Detroit left thousands without power and communities across Michigan are still cleaning up the damage.

FOX 2 - A dangerously windy weekend in Metro Detroit left thousands without power and communities across Michigan are still cleaning up the damage.

"It was super inconvenient, I got newborns and everything, I had to make sure they didn’t get cold or have the food going bad because the refrigerator not working," he said.

Poole was far from alone.

"We’ve seen a total of about 160,000 customers affected," said Ryan Stowe, VP of Distribution Operations, DTE. "We saw outages from the tip of the thumb all the way to Monroe. So that wind event caused problems all across the system."

Some of the hardest hit areas were right in Southeast Michigan.

"The hardest hit areas were in western Wayne and southern Wayne County, some of the strongest wind gusts 65 miles per hour," he said.

Even before the wind storm came, DTE was mapping out a plan to deal with power outages.

"We were watching this weather pattern so we started reaching out and getting folks mobilized," Stowe said. "We brought in about 650 linemen from out of our area."

"In the southern Wayne County area, we saw more broken poles and wires down," he said. "In other areas a little tree on Wires some wire down."

DTE sent out teams to do damage assessments.

"DTE has been actively looking after our enhanced tree trimming program, and earlier this year announced an additional $70 million to spend, to help speed up and get that process done quicker," he said.

As DTE works on power restoration they want residents to be careful of any wires they might see on the ground, staying at least 20 feet away - and to assume that every downed power line is live at 800-477-4747. 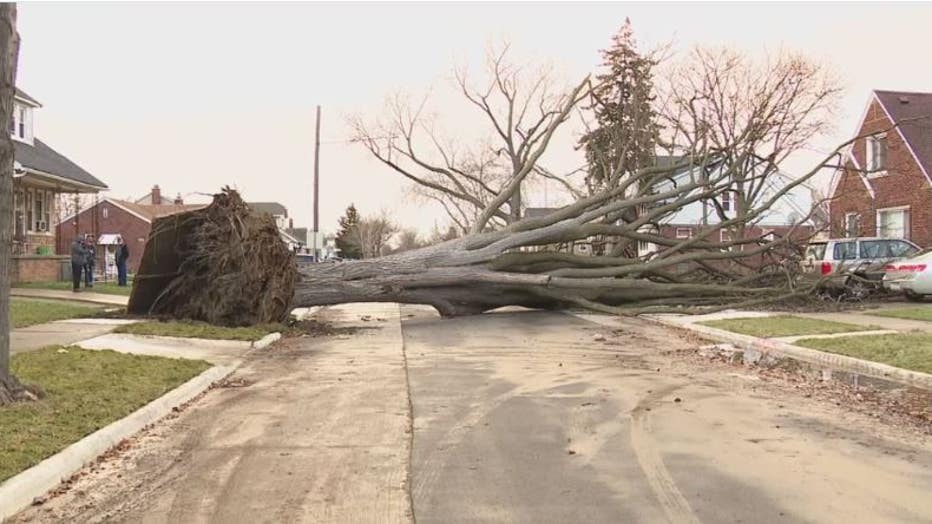