FOX 2 - First came the lockdowns and shutdowns - and now staffing shortages as the hospitality industry continues to reel.

"I think these numbers are far more stark, far more severe than we were expecting," said Justin Winslow, president of Michigan Restaurant and Lodging Association.

First came the lockdowns and shutdowns - and now staffing shortages as the hospitality industry continues to reel.

A survey by the Michigan Restaurant and Lodging Association produced alarming results hospitality industry including restaurants to hotels across the state.

"Right now we're experiencing 90 percent of them aren't staffed, and they need to meet that demand right now," said Winslow.

It’s been a month and half since COVID restrictions were lifted and as patrons rush back to indoor dining and hotels.

The survey found that 88 percent of industry respondents are operating with inadequate staffing and that includes 100 percent of banquet halls that participated in the survey.

As staffing shortages continue the survey also revealed that many establishments have had to reduce hours.

About 80 percent of Michigan hotels are limiting room inventory because they do not have enough staffing to turn rooms over for the next guest.

Restaurants are also making adjustments and changing hours of operation.

"It definitely hurts," he said. "Thank God we had our loyal customers come back."

Many of the survey respondents have increased wages this year, but still can’t find applicants.

"Seventy percent of them are offering more flexible scheduling than they used to," said Winslow. "And half of them have offered some kind of financial incentive, like a signing bonus, and that's still not bringing enough people back." 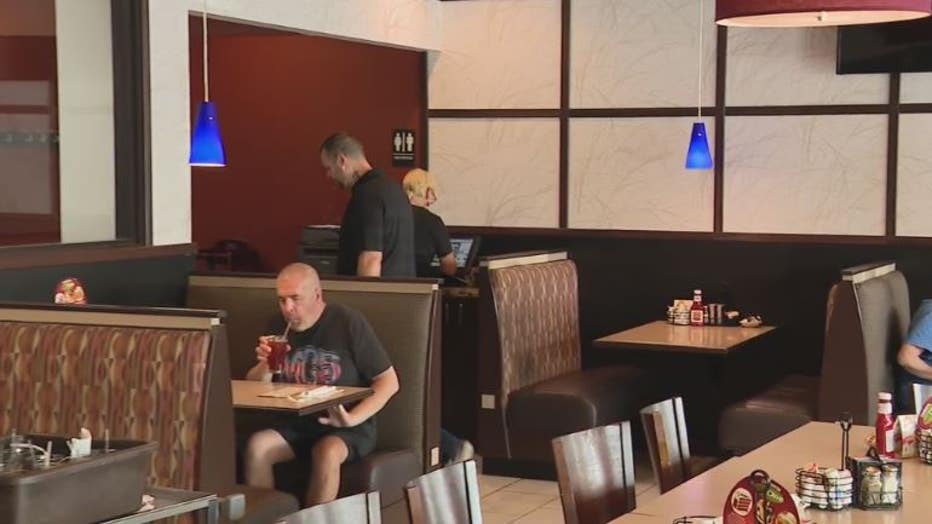 As Covid numbers go back up, MRLA fears many businesses in this industry won’t survive another shutdown so it’s calling on lawmakers to provide the necessary funding from the American Rescue Plan Act.

"By the very stipulations in the law, this industry should be receiving the lion's share of it," Winslow said. "But the Michigan Legislature, the governor, have got to come together to find a solution in September that gets these dollars out the door."