This special ceremony Monday did not just honor the lives lost, it honored those who came home like Herbert Elfring.

On that fateful date 79 years ago, Herbert Elfring, who was 19 years old at the time, was a few miles down the coast of Pearl Harbor.In the morning the US Army veteran heard a sound he has never forgotten.

"It’s humbling to realize you’re only one of the few still left," he said. "And of course when you think about the many that did not survive the attack on Pearl Harbor Day."

On that fateful date 79 years ago, Elfring, who was 19 years old at the time, was a few miles down the coast of Pearl Harbor. In the morning the US Army veteran heard a sound he has never forgotten.

"I had just finished my breakfast and was reading the bulletin board when the first Japanese Zero came over and strafed, it only missed me by 15 feet," Elfring said. 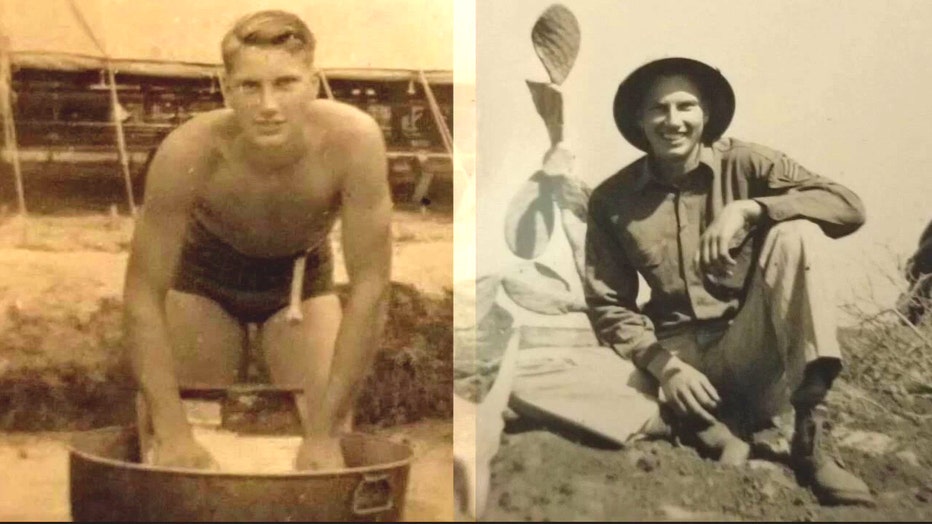 Pearl Harbor survivor Herbert Elfring when he served in the Army circa World War II.

Elfring and other soldiers quickly went to their battle stations to fight back.

"I guess being a farm boy, I was numb to a lot of things - maybe some other things kids would be affected by," he said. "I can’t recall being terribly scared but just dumbfounded."

Every December 7th for the last several years, the Elfrings returned to Pearl Harbor. This time the pandemic kept him from getting on the plane.

The 98-year-old has fought and survived two significant battles - Pearl Harbor and the coronavirus. 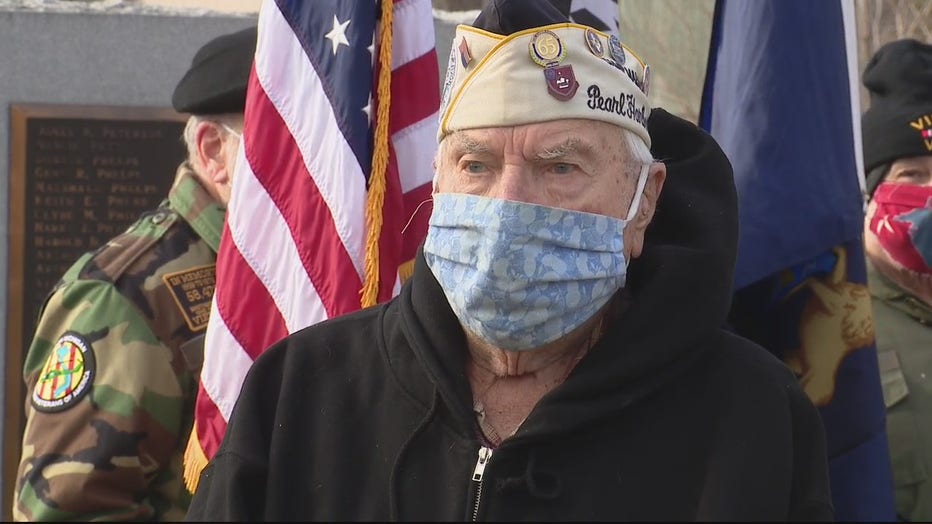 "I had coughs, an upset stomach, and some chills," he said. "But all in all, I came through it really well. I was quarantined for three weeks."

But while COVID-19 kept Elfring from visiting Pearl Harbor,  soon he won't have to go far to see a piece of the USS Arizona. It will be displayed at Cascades Park in Jackson thanks to Stanley Mazur of the Navy Seabees.

"That’s a bright spot - the way I look at it, our country is so divided," Mazur said. "It will unite us."

Now as Elfring looked around at the small crowd who honored him this December 7th, he is grateful. 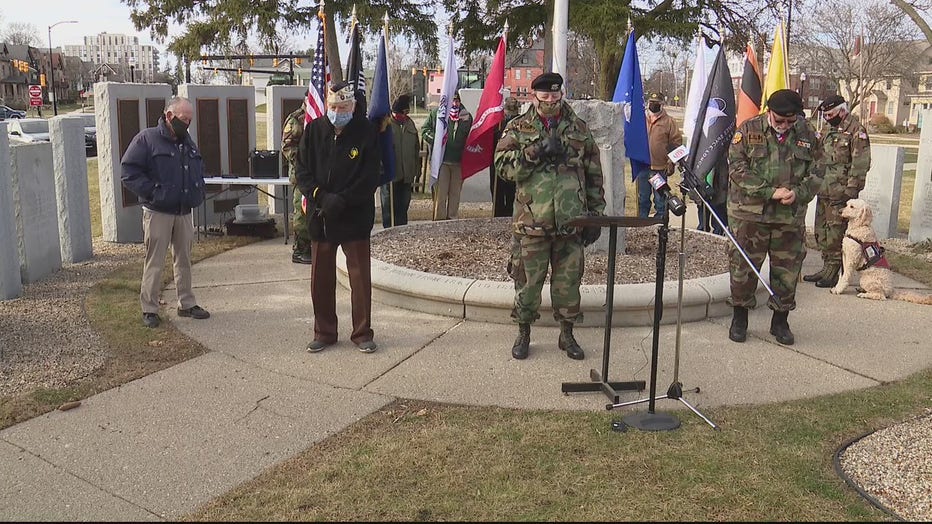