NEW YORK - As do many shoppers, I love Costco. I've had a membership for probably 15 years. My wife and I roam the aisles, playing chicken with distracted shoppers pushing their carts, and pile on all sorts of stuff we had no idea we needed. My favorite things to buy are unsweetened peanut butter, stretchy jeans, and, every few years, a television larger than the previous one.

But I've also found deals on Costco.com, which, if you haven't really explored, is kind of a bonkers website. Costco is apparently not just for working folk looking for deals on clothes, produce, lightbulbs, and rotisserie chicken. It's a platform for some stuff that's just bananas. Not the curvy yellow fruit... but extremely high-end luxury items and services. Many of the items are one-of-a-kind—almost literally; Costco is selling only one of them. (I imagine that the company doesn't anticipate selling too many diamond rings that run a quarter of a million dollars.)

Check out this list of 11 pricey things geared towards people who, bless them, probably have more money than they know what to do with. 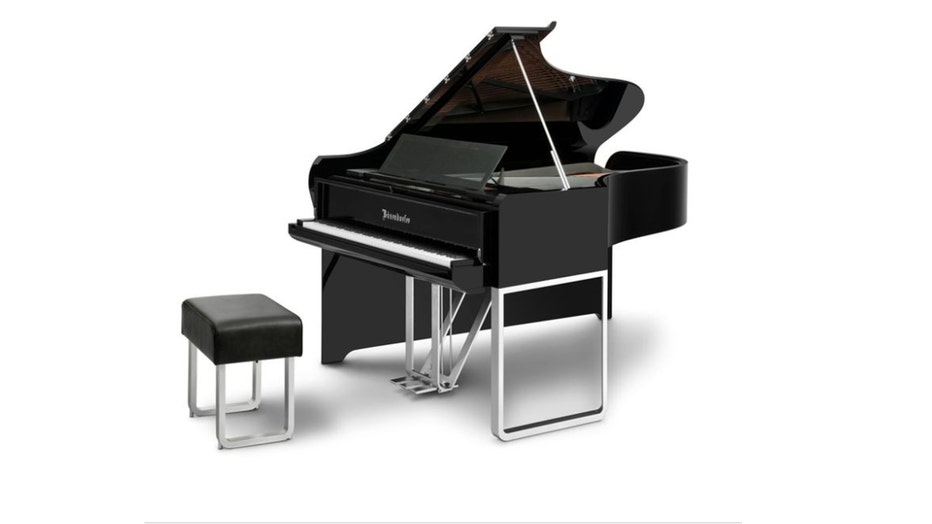 I had no idea that German carmaker Audi also designs pianos. Audi designed this one—and Costco has only one, so act fast—to commemorate the company's 100th anniversary. It was "handcrafted in Austria," a country that knows its pianos, of course. "Despite the futuristic aesthetics of this piano it obviously meets the ultimate sound requirements imperative to all Bösendorfer Grands," the description reads. It is stunning, I will say that. It costs $249,999.99, and not a cent more. 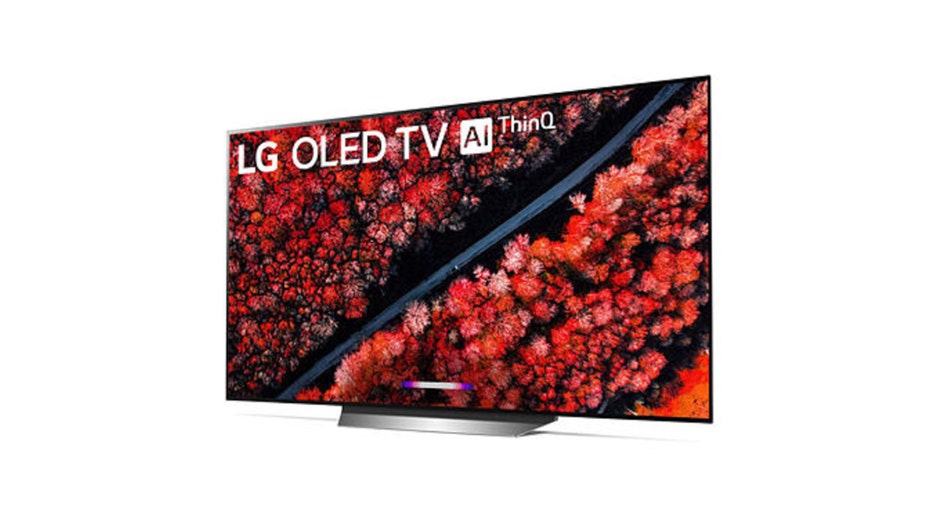 Try saying "LG C9 4K UHD OLED TV" four times fast. I like my 50-inch TV but I admit I'd love something that could fill out my empty white wall more. However, $5,449.99 is out of my price range. This set has Google Assistant and Alexa built-in. And the Dolby Atmos audio can accelerate your hearing loss when you watch a Michael Bay movie. 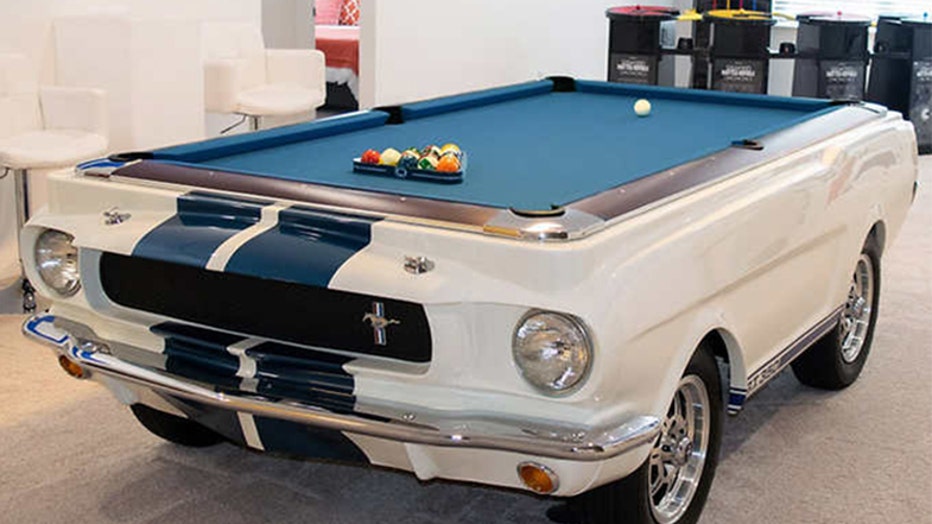 This is a whole other kind of carpool. Do you love playing pool? Do you yearn for all things Mustang muscle car? This Shelby-themed pool table has real tires and rims, actual chrome car parts, and working lights. And it weighs nearly half a ton. You can make your favorite Shelby-and-snooker fanatic very happy for only $10,999.99. (What is with Costco and these $XX.99 prices?) 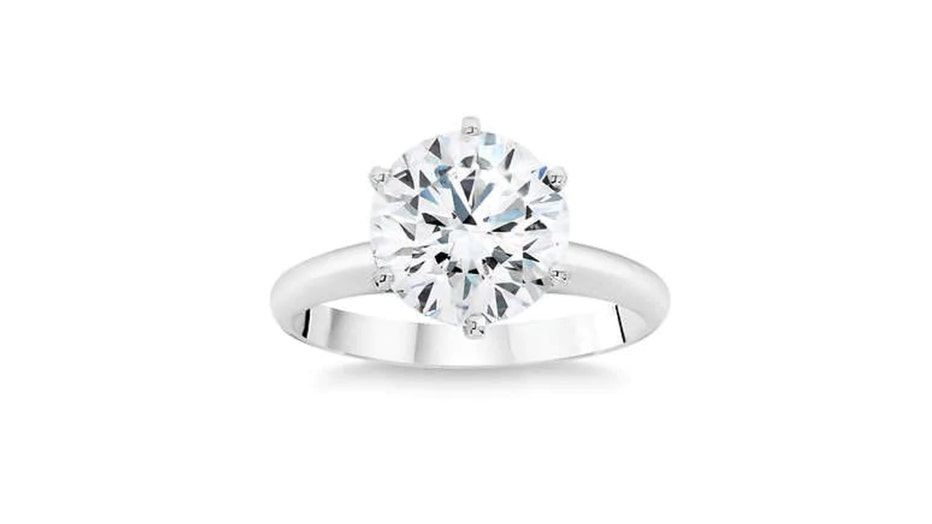 I just don't know what to make of this ring. I still don't think anyone should ever actually buy, let alone wear, something this opulent. But hey, you do you. I proposed to my girlfriend with a lab-created diamond engagement ring and she gets a lot of compliments on it. And no, I didn't spend three months of my salary, areyoukiddingme? Anyway, back to this only-one-available 10-carat monster rock. The specs: Round brilliant, VS1 clarity, I color. The price: $419,999.99. (Does Costco think an extra cent will cause sticker shock?) 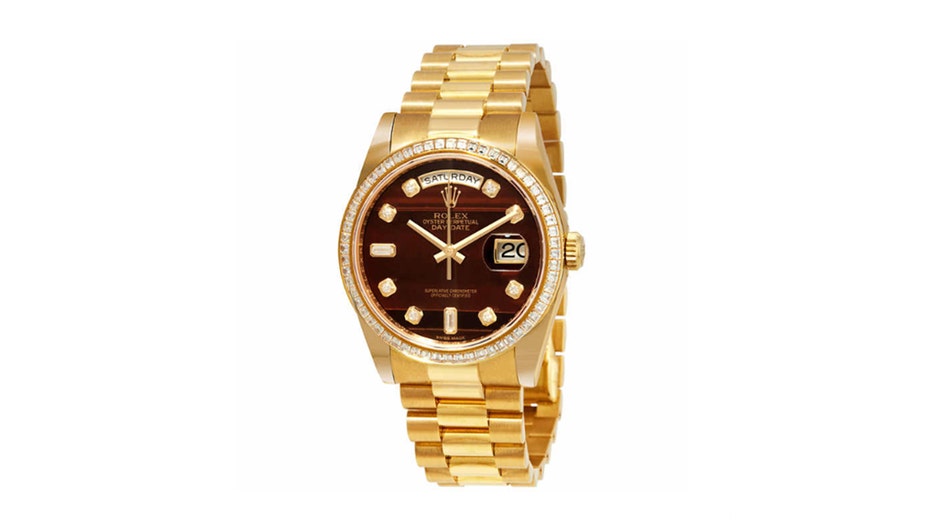 I'm not fancy, hah, but I would love to spring for a Rolex one day to celebrate a six-figure book advance. But this one, at $55,999.99, is out of reach. Maybe I could look at preowned ones? Anyway, take note that this a member-only item so you'll have to scrounge around for an extra $60 first. 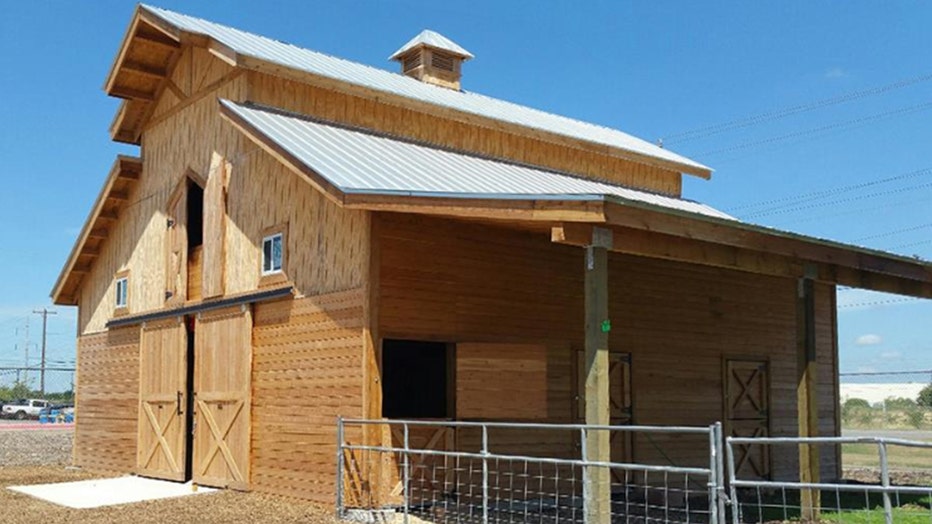 OK, so this isn't really a luxury item. If you're a property owner and you need to build a barn or garage, these are probably a realistic option. And buying a kit is appealing because you don't need an architect and many of the components come preassembled. These kits from Barn Pros (I initially misread that as "Barn Bros") start at $26,346. The model pictured, the Summit Barn, starts at $44,196. (Finally a whole-dollar price!) 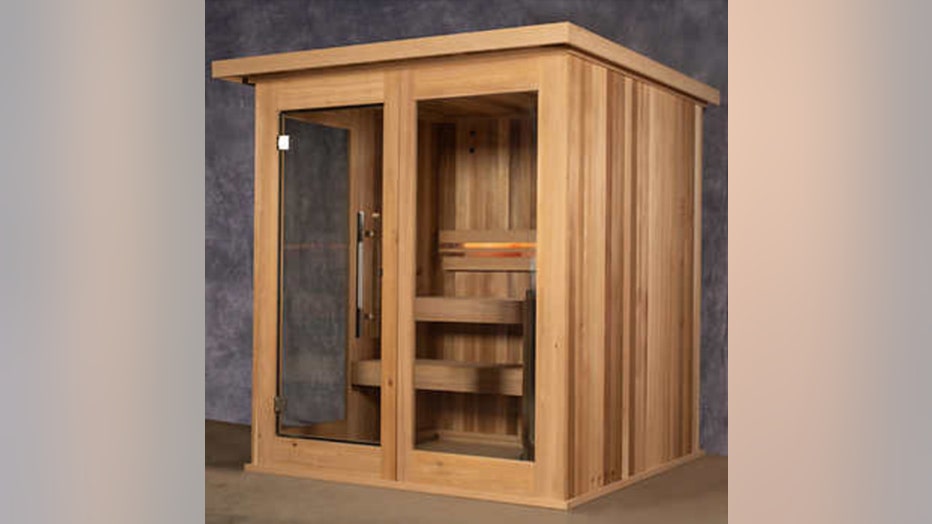 After you've built your barn, you'll need to furnish it. How about with a party sauna! I have mixed feelings about dry saunas (must be my Czech side, which prefers cold mountain air) but I can see why people enjoy them. This one has benches made of "soft hemlock fir." And if that doesn't sell you on the $8,999.99 price tag, maybe this description will: "The therapeutic pink salt backrest adds a soft glow to the room, creating a relaxing and inviting atmosphere." It just needs a margarita machine. 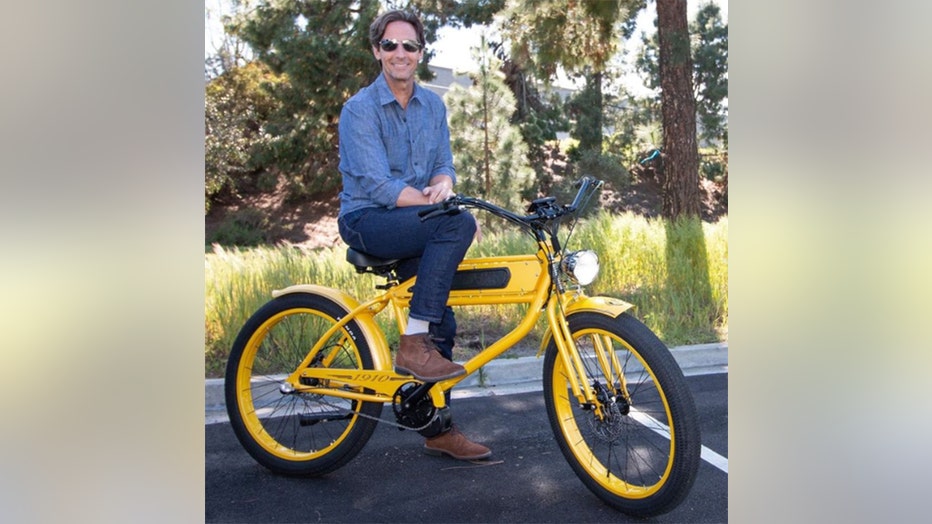 What kid doesn't at some point pretend their bike is a motorcycle? I know I spent a lot of time growling "VROOM!" and twisting an imaginary throttle on my Huffy when I was 8. Now adult-sized kids can do that again with this sweet-looking ebike with a "retro design" that evokes so many of those classic motorcycles of the 1910s. The 750-watt motor and 48-volt/13-amp battery will carry you at least 40 miles on a charge, the manufacturer claims. At $2,599.99, these wheels are the cheapest thing on this list but still way pricier than many e-bikes on the market. But look at how cool it looks! (Note: side-parted salt-and-pepper hair, preppy suede chukkas, and waiting-for-the-flood jeans not included.) 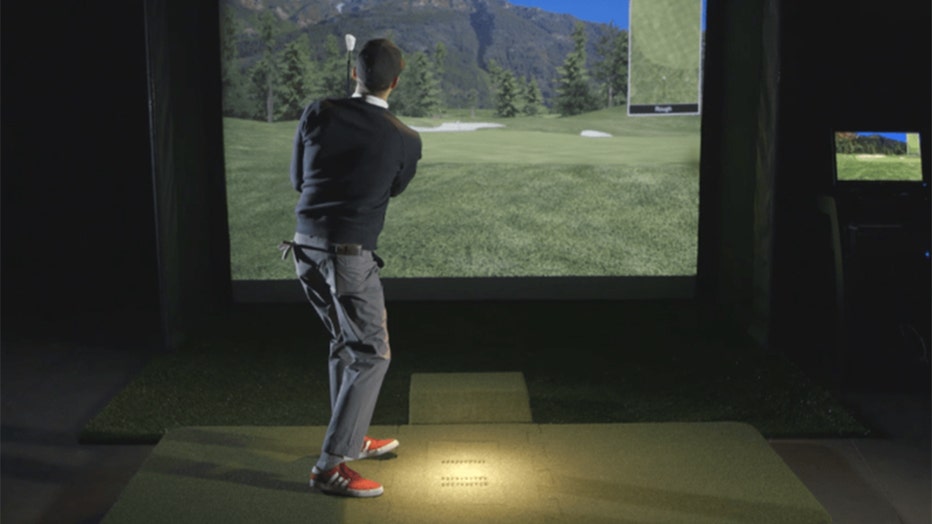 I don't really get golf. Maybe I would if I could actually hit a golf ball. So if I had this simulator I'd probably stick to the baseball and soccer modes and pretend my dreams of making the big leagues are still alive. Hopefully, $16,999.99 will get all Tiger and Rory fans ready for the next big tournament at the club—or just on the massive screen. 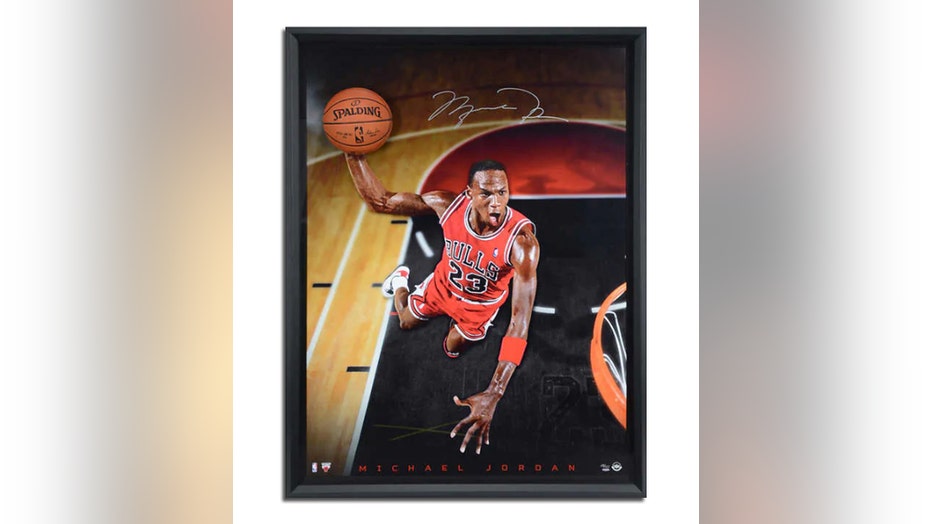 MJ hand-signed only 123 of these 44-by-60-inch framed photos, according to Upper Deck, which provides a certificate of authenticity and tamper-evident hologram. The NBA-licensed souvenir will set back hoops fans $5,799.99. That's more than a grand a foot. 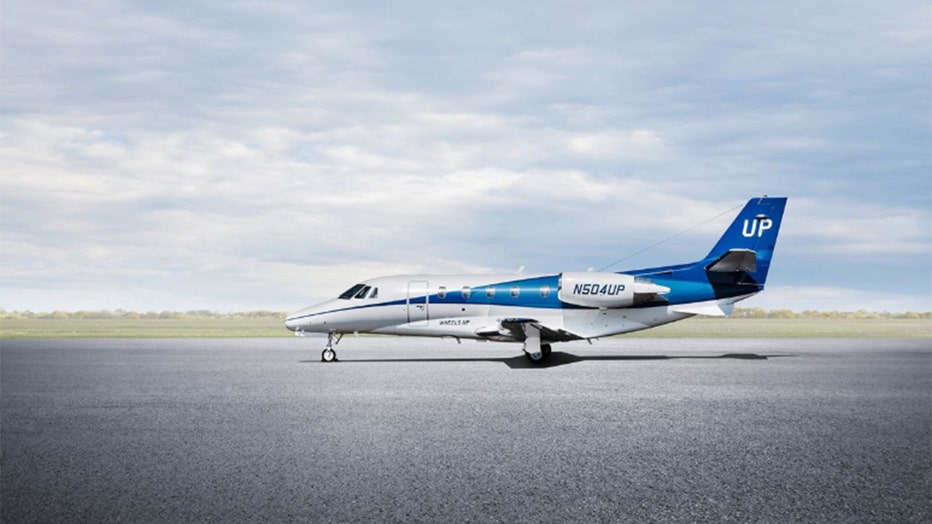 (Wheels Up via Costco.com)

I saved this one for last. It's neither the best nor the priciest. But it's possibly the weirdest thing on this list because of how transparently one-percenter it is: the company Wheels Up provides access to private flights on Beechcraft King Air 350i and Citation Excel/XLS aircraft. The cost is $17,499.99 for the "Core" plan or $29,499.99 for the "Business" plan. You get a one-year Wheels Up membership, a $3,500 Costco gift card, and some flight credits. That means that beyond those flight credits, you still have to pay for flights! Damn, the rich are really, really rich.

Did you see anything you like? If you end up buying any of these, please let me know. I'm genuinely curious. Note: Prices and availability were accurate at the time of publication so don't blame me if something is gone or costs a few bucks more than listed.