A closer look at what Lt. Gov. candidate Shane Hernandez brings to the Tudor Dixon campaign

The GOP side of the gubernatorial ticket is set with Shane Hernandez as the running mate for Tudor Dixon. Tim Skubick takes a look at what he adds to the campaign.

FOX 2 - Michigan Donald Trump supporters may be curious about the past record of Tudor Dixon's Lt. governor candidate Shane Hernandez who must be approved at this weekend’s state Republican convention. Hernandez once supported Ted Cruz in 2016, and conceded that Donald Trump was not his first, or second choice, for president.

But Hernandez does have some attractive qualities for the GOP. For example, when he was in the legislature, Hernandez opposed Governor Gretchen Whitmer’s raising the gas tax by .45 cents a gallon -  and he was voted the most conservative house member in 2017.

On the other hand, Hernandez, of Hispanic descent, years ago once called the Trump border wall "ridiculous" and took exception to Trump’s claims that Mexico was sending illegal alien criminals to the United States. He also disapproved of Trump insulting political opponents.

However, by 2020 Hernandez wanted to investigate voter fraud in Trump’s Michigan election loss to Joe Biden.

Hernandez was asked if the 45th president was a liability.

"No," he said. "Definitely not in the 10th Congressional District, I don’t think he is in Michigan, either," he said.

Dixon does not think her running mate has a Trump problem and he does have something she lacks - four years of legislative experience. She has none.

"I’m so excited to introduce you to Shane Hernandez," she said.

"Thanks Tudor, it’s an honor to join your campaign," he said.

It appears however that he was not her first choice. Philosophically the two believe in bi-partisan cooperation while others in the GOP, such as former governor candidate Ryan Kelley, think that is a bad idea.

"The House Republicans and Democrats were able to work together quite well. We built relationships," Hernandez said.

This weekend it will be up to the Trump delegates to approve his nomination. 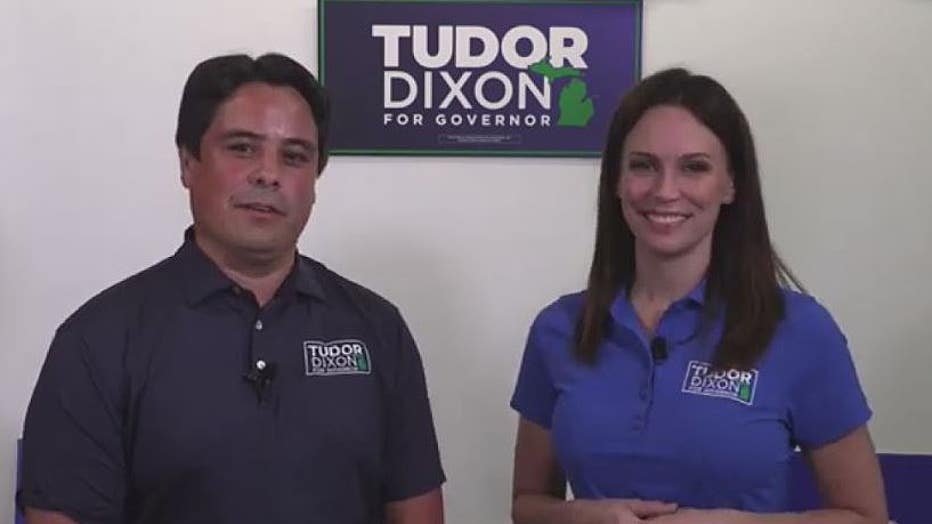