The center of the investigation is a dark playground set back off the road in the Clinton Cooperative Apartment complex early Monday morning. The flashing lights of the Clinton Township police were seen at 6 a.m.

CLINTON TWP., Mich. (FOX 2) - The center of the investigation is a dark playground set back off the road in the Clinton Cooperative Apartment complex early Monday morning. The flashing lights of the Clinton Township police were seen at 6 a.m.

According to police the child had wandered away from his home from the nearby Saravilla apartments.

Police say when they found a 5-year-old boy they rushed him to hospital but it was too late. We are now learning where he was found but there are many unanswered questions that remain.

At the Saravilla Apartments in Clinton Township, a terrible sound was heard by some around 6 a.m. this morning.

"I woke up and heard screaming," said a neighbor. "I came outside and there were police everywhere. So I just walked my son to the bus and then I went to work."

The timing of the scream she heard is when police found the body of a 5-year-old boy. The discovery made at a playground just down the road from where the child lives.

"So close to home, and it’s a tragedy that no one wants to endure," said resident Gabrielle Thacker.

"I see him get on and off the bus all the time. He is a cute little boy," the neighbor said.

Those closer to the playground say the police spent hours at the scene trying to determine what happened.

"They were taking pictures, investigating the playground over here," Thacker said.

However, details of what exactly happened, remain few at this time.  Police are not saying what time the child wandered from home, or how he was able to get out.

5-year-old wandered from apartments, found at playground before dying

Police are not saying much either on how the child managed to get outside on his own - or how long he was missing before they found him at the playground.

The family of the little boy was overcome with grief to talk about what happened.

"It’s really sad. obviously, no one wants to lose a child," the neighbor said.

Clinton Township police did not indicate anything in their initial news release that the death was suspicious however the case remains open and active at this time. 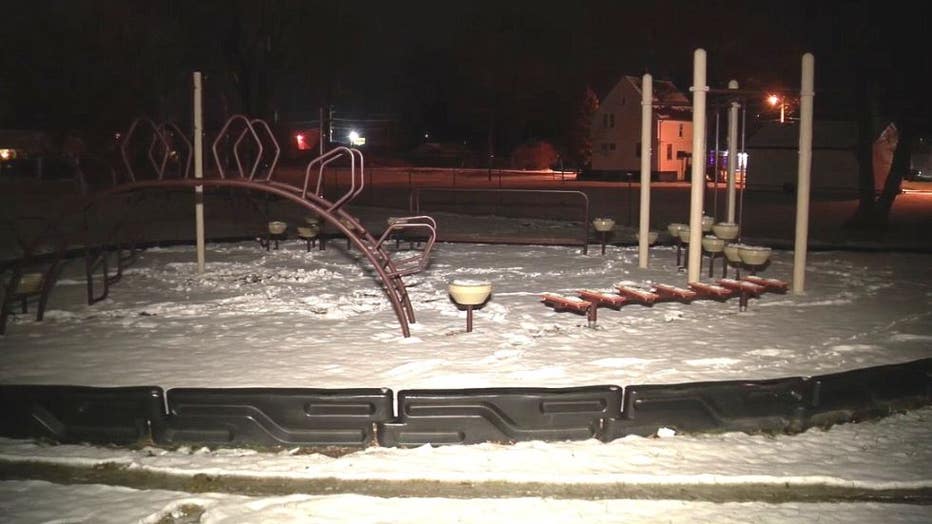