DETROIT (FOX 2) - Duke Ellington, Paul Robeson, Dennis Archer, and Martin Luther King Jr. are all individuals who left their mark on the country's storied and complex history. And they're all alumni of the Alpha House, a storied structure that's been through that same history.

A launch pad for the civil rights movement and calming influence during the 67 riots, acknowledging the Alpha House

Through Detroit's complicated and sometimes violent past, the Alpha House has remained standing as a launching pad for the civil rights movement in the 50s, a calming influence during the 67 riots, and a focal point for civic improvement and education in the '70s, '80s and beyond.

Built in 1918, 13 ambitious members of the Black community organized the Gamma Lambda chapter of the Alpha Phi Alpha fraternity before buying the property.

"That home, at 293 Eliot, is not only a headquarters at that fraternity, it is really an anchor of the Black community in Detroit," said Ken Coleman.

"So the men of Alpha Phi Alpha 1939 took it upon themselves to say, 'Hey, we want to have this place - a safe zone - for Black men to congregate and to be advocates for our community,'" said Harry Todd, a former chapter vice president.

Partly due to the $5 a day wage that Henry Ford offered workers of all colors, the community grew quickly.

But it was also a time when segregation was not only the norm, it was sometimes brutally enforced. At a time when Black people couldn't work in certain places and Black families could live in certain neighborhoods, tensions only grew from there.

In June of 1943, the racial tensions exploded in what was the largest riot in American history.

"That was a dark time for citizens of Detroit. Whites and Blacks were fighting in the streets," said Todd.

Triggered by rumors that a Black baby had been thrown off the Belle Isle bridge and that a white woman had been raped, mobs of roaming white men attacked Black men at random, grabbing them from sidewalks, from buses and cars, and setting fires. Outnumbered, the Blacks fought back.

In the end, 34 people were killed, nine whites, 25 Blacks. As federal troops were called in, the Alpha House became a refuge from the violence. 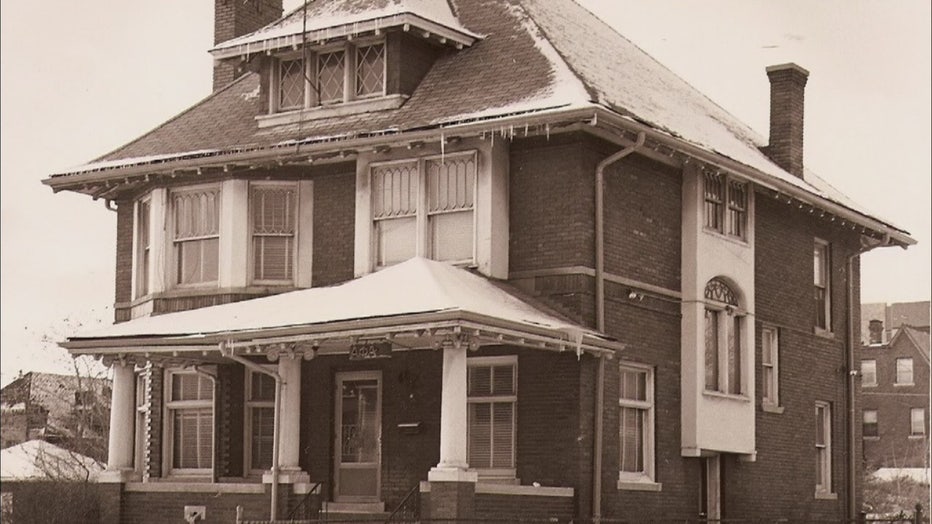 And in pushing for progress. Over the decades, the Alpha House has continued its legacy of brotherhood and service for all. A launching pad for the civil rights movement in the '50s. A calming influence during the '67 riots and rebellion. In the '70s, '80s and beyond, a focal point for civic improvement and education.

It was later recognized by the state of Michigan with a historical marker. A century-old tradition celebrated last year by its members, including Harry Todd, whose great grandfather, E.R. Carney was the 13th president of the Detroit Chapter.

"I am so proud to say I am a fourth-generation Alpha man," said Todd.