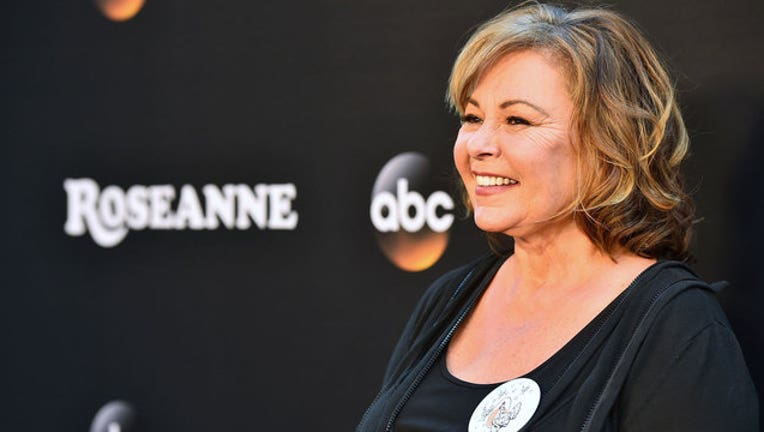 (WJBK) - ABC says it has cancelled its hit reboot of "Roseanne" following her tweets about former Obama adviser Valeria Jarrett.

Barr's tweet suggested that Jarrett, who is African American, is a product of the Muslim brotherhood and the "Planet of the Apes."

ABC Entertainment President Channing Dungey says the comment "is abhorrent, repugnant and inconsistent with our values, and we have decided to cancel the show."

The "Roseanne" revival this spring was an unexpected major hit for ABC. It was particularly popular among many conservative viewers because Barr's character expressed support for President Donald Trump. Its first new episode in March was seen by more than 25 million people, with delayed viewing counted in, numbers that are increasingly rare in network television.

Before the show's cancellation was announced, she apologized "for making a bad joke."

Also before the cancelation was announced, comic Wanda Sykes, who was a consulting producer on "Roseanne," tweeted that she would not be returning to the show. Sara Gilbert, a co-star, also tweeted that the remark was abhorrent.

Barr also later wrote on Twitter that she was leaving the social media platform.