The ACLU filed the suit for records related to the detention of the Marine veteran, seeking data and policies on wrongfully detained and deported U.S. citizens, lawful permanent residents, and legal immigrants; and policies and procedures regarding people with mental health issues or disabilities. 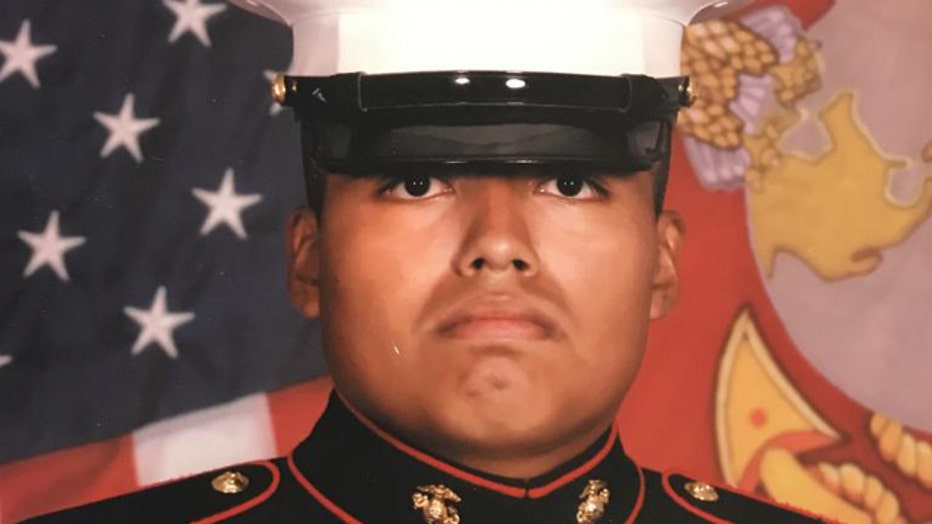 Ramos-Gomez, 28, was arrested on November 21, 2018, after being accused of trespassing and damaging a fire alarm at a Grand Rapids hospital on Nov. 21. The ACLU said he pleaded guilty and was supposed to be released on Dec. 14 while awaiting a sentence.

But ICE contacted the jail and requested that Ramos-Gomez be held for pickup. After three days of ICE attempting to deport him, personal records were provided, proving his citizenship, the ACLU said.

"Jilmar Ramos-Gomez fought and served our country selflessly, yet ICE tried to deport this hometown hero and blatantly disregarded his citizenship, service, and mental health challenges," said Miriam Aukerman, senior staff attorney for the ACLU of Michigan. "Mr. Ramos-Gomez, and the public, deserve to know why the United States government abused its own citizen and veteran, and how many others have suffered in the same way."

The ACLU says the detention and attempted deportation of Ramos-Gomez worsened his PTSD and he had to be hospitalized shortly after he was finally released. Now, Ramos-Gomez rarely leaves his house, the ACLU said.

Ramos-Gomez was a lance corporal in the Marines and received awards for service in Afghanistan. The ACLU said his PTSD had a role in the disturbance at the hospital.

According to the ACLU, Ramos-Gomez was born in Grand Rapids in 1991 an served in the Marines from 2011-2014. He was decorated with several awards including a national defense service medal, a global war on terrorism service medal, an Afghanistan campaign medal, and a combat action ribbon.

When he came home, the ACLU says he was 'a shell of his former self' and suffered from PTSD because of what he encountered. His family says he has episodes where he disappears and, once found, has no clue about where he has been.

The November incident was one of those situations and it led to him being held for possible deportation - despite holding his U.S. passport when he was detained.

"This is flagrant racial discrimination against a United States citizen and decorated combat veteran simply because of the color of his skin," said Anand Swaminathan, ACLU cooperating attorney and partner at the Chicago law firm Loevy & Loevy. "Ramos-Gomez's own government ignored his irrefutable proof of citizenship, and cruelly detained him because of his Latinx background."