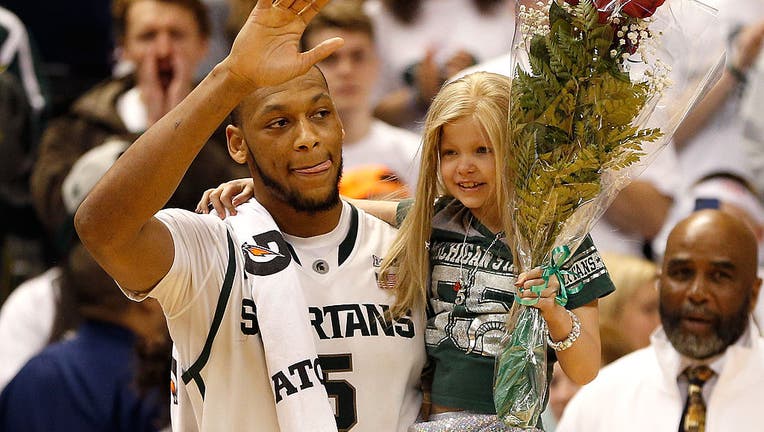 EAST LANSING, MI - FEBRUARY 06: Adreian Payne #5 of the Michigan State Spartans walks on the floor for Senior night with Lacey Holsworth, a 8-year-old from St. Johns Michigan who is battling cancer, after defeating the Iowa Hawkeyes 86-76 at the Jack

The Orange County Sheriff's Office says it happened just before 1:30 a.m. on Monday. Deputies first said that a man in his 30s was killed and then later identified the victim as Payne.

Lawrence Dority, 29, stayed at the scene and was then taken to the sheriff's office for questioning. He has been arrested on a warrant for First Degree Murder and was taken to the Orange County Jail.

The 31-year-old professional basketball player competed as a Spartan for four years before getting drafted into the NBA in 2014. He also spent time in G-League before going overseas to compete.

Payne was an integral part of the Spartans during his senior year when he helped lead the team to an elite eight appearance.

In addition to his time on the court, Payne was well-known in Michigan for his bond he formed with Lacey Holsworth, an 8-year-old girl who was diagnosed with cancer during his time at MSU.

"Princess Lacey" as she was called had neuroblastoma and was in treatment when she met Payne, striking a bond with the Spartan immediately. 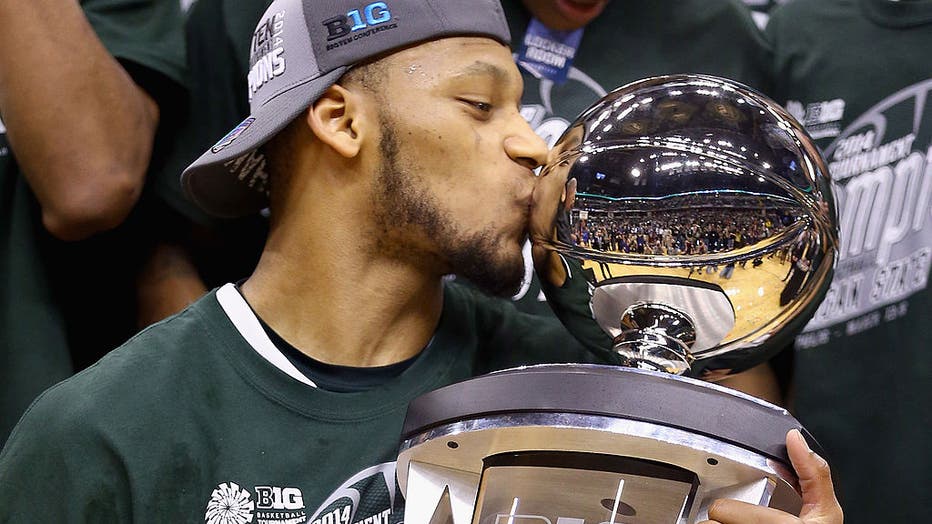 INDIANAPOLIS, IN - MARCH 16: Adreian Payne #5 of the Michigan State Spartans kisses the trophy after the 69-55 win over the Michigan Wolverines during the finals of the Big Ten Basketball Tournament at Bankers Life Fieldhouse on March 16, 2014 in Ind

Payne was most recently with Juventus Utena, a professional team in the Lithuanian Basketball League. He parted ways with the team on Feb. 17, 2022.