Hazel Park Superintendent Amy Kruppe says her district has been locked down for the last seven years. The high school has two entrance doors, while the elementary and middle schools have one.

FOX 2 - So many hearts across the country are with the families of the Texas shooting victims. Now the massacre has law enforcement and school leaders here in Metro Detroit —  looking at their own practices.

As more details of the tragic Uvalde Elementary school shooting come to light, law enforcement and superintendents locally are speaking out about security. Texas law enforcement officials now believe the shooter got in through an unlocked door.

"It is heart-wrenching to think after all this time, after Columbine, after Sandy Hook that a door (at Robb Elementary in Uvalde, Texas) would be unlocked, but it could’ve been a simple human error," said Hazel Park Superintendent Amy Kruppe,

Kruppe says her district has been locked down for the last seven years. The high school has two entrance doors, while the elementary and middle schools have one.

"When I locked us down because I came from another state where we had a lot more training, there was a lot of pushback," she said. "I think, because parents were used to that community feel, being able to come into the school. And I think a lot of people have come back and say, 'I understand now.'"

Kruppe also says they have other safety measures in place - like working closely with their local police.

"We have plans over the summer to re-look at, and make sure we’re all on the same page, and do training when the students come back in the fall, and the teachers come back to make sure it’s refreshed," she said.

Back in Texas there is also new criticism about the police response. Authorities say the gunman, who killed 21 students and teachers, was in the building for more than an hour, before law enforcement killed him.

"You cannot ever, wait outside for help, or back-up, or SWAT, or whatever you’re waiting for," said Oakland County Sheriff Michael Bouchard. "You have to seek out the threat and eliminate the threat - that is our primary mission."

Now Bouchard says they received funding from the Oakland County Commissioners, allowing them to create four positions to focus on training for schools, churches, and more. The funding also allows deputies to have the resources to fully investigate threats.

"It’s coordinating all of the training amongst ourselves and amongst outside entities," he said. "We’re getting overrun with requests from schools for more training, which we're happy to do, but we don’t have a lot of people that are full-time for that role."

Meanwhile in Monroe County, Sheriff Troy Goodnough says his office, Monroe police, and Michigan State Police, are working together to have an increased presence at their schools for the rest of the year.

"They need a safe environment, so they can learn and make the best out of their time spent in school," Goodnough said. "There are future leaders if we don’t do our very best to protect them, I think the end result is they're not going to the education they need."

Kruppe also says there needs to be more access to mental health services. 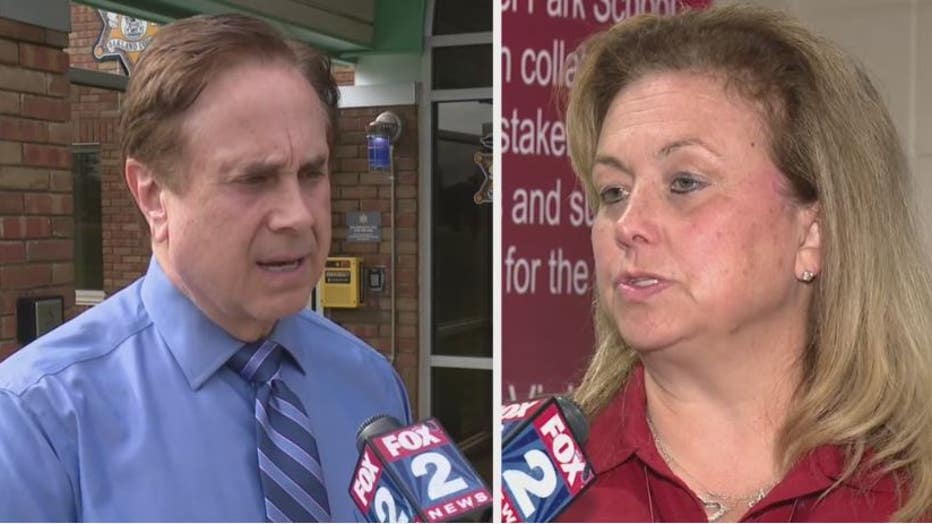