ALLEN PARK, Mich. (FOX 2) - Four cities in metro Detroit will be voting Tuesday to allow businesses to sell marijuana within the city limits.

Keego Harbor, Walled Lake, Lincoln Park and here and Allen Park, each city has a little different variation on sales. But essentially each city would allow licenses to sell marijuana for recreational use if the voters say yes.

"(Yes) back when Willie Nelson lit one up on the top of the White House," he said.

That's true, if you're over 21 you can consume and keep up to 10 ounces in your house.  But also last November, voters allowed municipalities to restrict- or out-right ban marijuana "businesses" and therefore forfeit a share in pot profits.

Ernie Nolewinski is voting no on allowing marijuana businesses.

"But how much money (will the city make in profit)? We don't even know that," he said. "How much will it cost - are we going to need extra police and firemen."

Many who use pot, want it to be safe.

"Sue you've been hearing stories about unsafe tested THC cartridges on the market," Lafond said. "That doesn't happen in the shop. So, safe access for everybody and that's with the voters wanted."

Even if Allen Park goes yes, it will take 60 days so the council and mayor - and they will all be new in Allen Park -  to come up with rules and regulations so they can get applications.

John Fleming is voting no on allowing marijuana businesses.

"You talk to people out of Colorado, they want it, depends who you talk to that's why I voted no," he said.

FOX 2: "How do you think this is such a divisive issue in Allen Park?"

FOX 2: "Do you think people in Allen Park are smoking pot now?"

" Hell yeah. Probably half the young people like me who was a hippie will do it," Wilson said. "Or maybe this afternoon after a couple of cold beers." 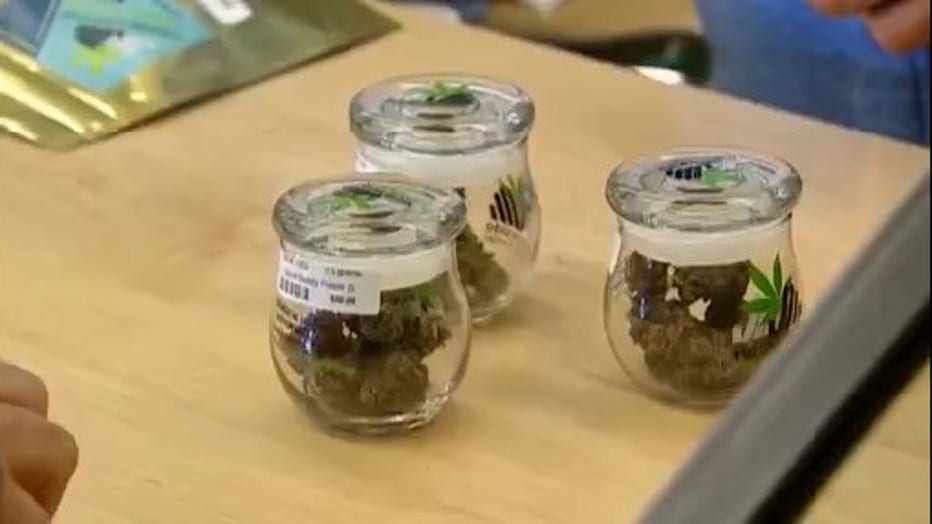