A tow truck was called to pull out the vehicle, which took about an hour and a half to be unwedged.

OXFORD, Mich. (FOX 2) - There was no light at the end of the golf cart tunnel for Bill Offer Saturday, causing him to stop dead in his tracks at Boulder Point Golf Course.

A large Amazon Prime delivery van was wedged in at the other end, nearly leaving the course's outside services supervisor speechless - and the delivery driver, sheepish, with the tall vehicle wedged in about six feet deep. 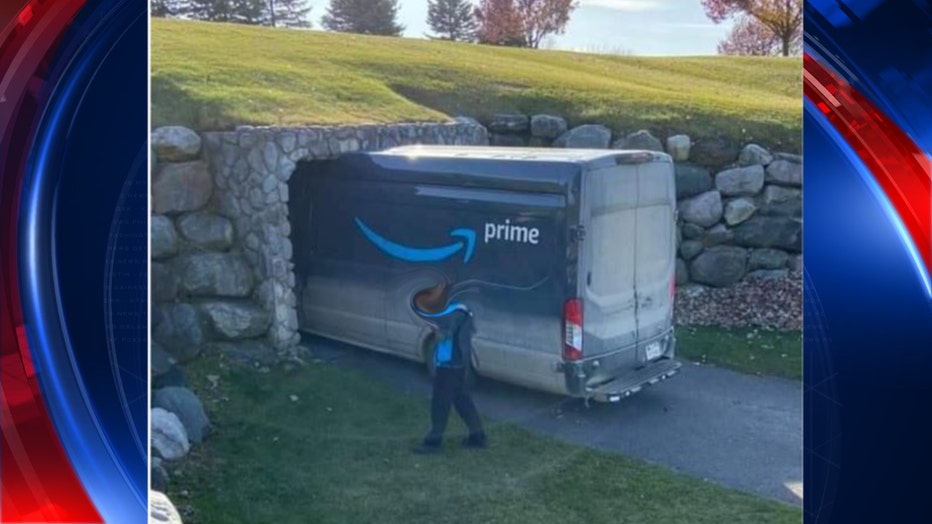 The driver said he turned off Market Street onto the course's road leading to the maintenance garage, then went left down the cart path. 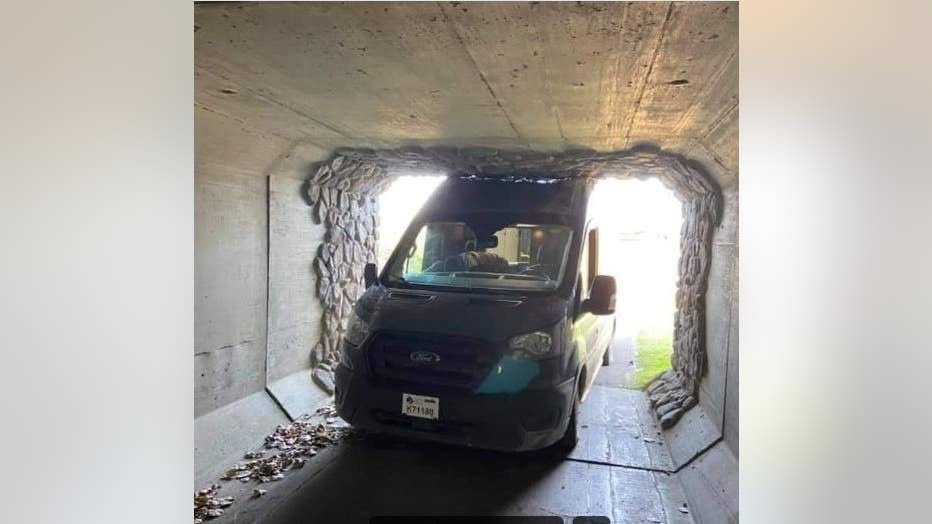 "It is double wide because there are carts going both ways," Offer said. "That's where he went into the tunnel. that is meant for carts only not for cars." 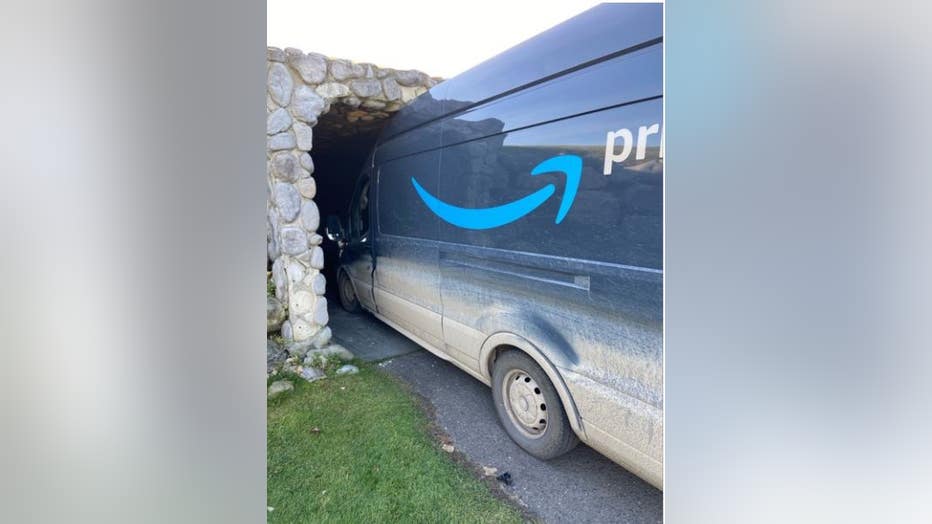 A tow truck was called to pull out the vehicle, which took about an hour and a half to be unwedged. A second Amazon Prime van arrived at the scene to transfer the packages out for delivery.

"He was apologetic, he was young, he made no excuses," Offer said. "It's a lot of fun, but at the same point I know how disappointed that driver was." 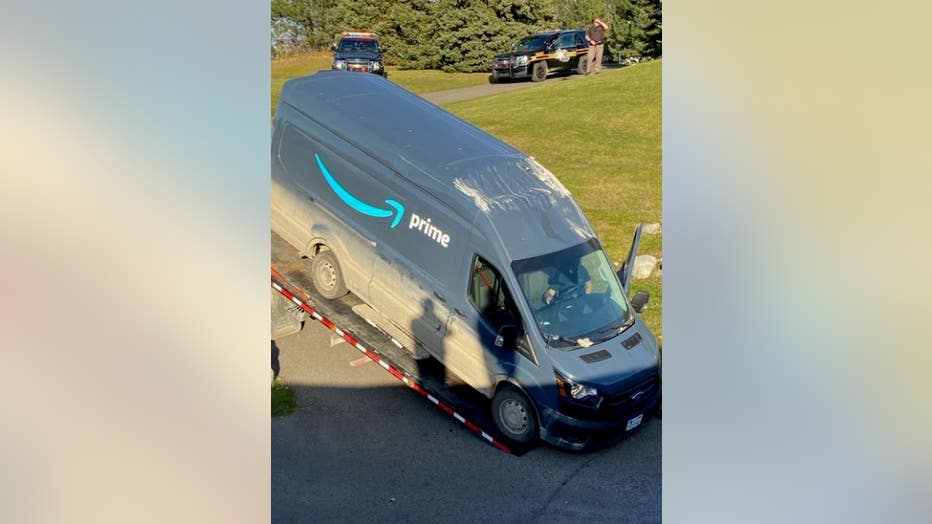