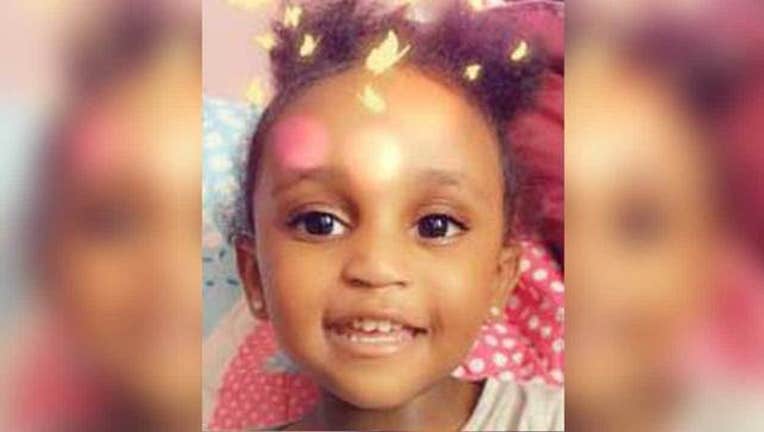 (FOX 2) - An AMBER Alert has been issued for a 2-year-old girl from Wisconsin who police say could be in Minnesota or Michigan.

Noelani Robinson was last seen Monday in Milwaukee, where authorities arrested her father for allegedly murdering her mother.

Dariaz Higgins was taken into custody Wednesday afternoon on Milwaukee's northwest side. Higgins is charged with fatally shooting Sierra Robinson and wounding another woman Monday afternoon. There's still been no sign of the girl.

A second person was arrested for harboring a fugitive.

Authorities are investigating a lead that the 2-year-old could be in the Ann Arbor area, but haven't given any other details at this time.

Authorities are also investigating a lead that she may be in St. Cloud, Minnesota.

Anyone with information is asked to call 911.