FOX 2 - A 29-year-old Ann Arbor woman was killed in a flash flood in Arizona's Grand Canyon.

Rebecca Copeland had just graduated from the University of Michigan with a double masters in public health management and public policy.

Rebecca Copeland had just graduated from the University of Michigan with a double masters in public health management and public policy.

Her professor, David Huttton, was shocked to hear the news.

"A real bright light, very passionate about public health and improving our public health care system," he said. "(She was on a) once in a lifetime fun experience and then just a freak flash flood is just shocking."

Copeland was on a commercial colorado river rafting trip in the Grand Canyon with about 30 people. On |Wednesday we're told the group did everything they were supposed to do - pulling their rafts onto a campsite, up from the river, and far away from the mouth of the wash - but around 5 p.m. they were hit by a  flash flood.

Kait Thomas, from the National Park Service, shared pictures from the same area where a similar flash flood took place a couple of years ago.

"In this case, the group was camped at a place called  Tatabahasa Camp which is near a narrow canyon with a potential for flash flooding," Thomas said. "There was so much rain, so quickly, that the flood-impacted the wash but the camp itself, just a lot of debris and floodwater, twigs, boulders, debris all flooded the campsite completely washed away their camp."

Five people, who were injured by the boulders, sticks, and other debris in the powerful waters caused by monsoon rain, had to be airlifted out of the Grand Canyon.

Rebecca Copeland was missing her body found later at the edge of the campsite.

"She either died from a combination from the debris flow and drowning, or a possible combination of both," Thomas said. "We won't know for sure until we get a report from a medical examiner." 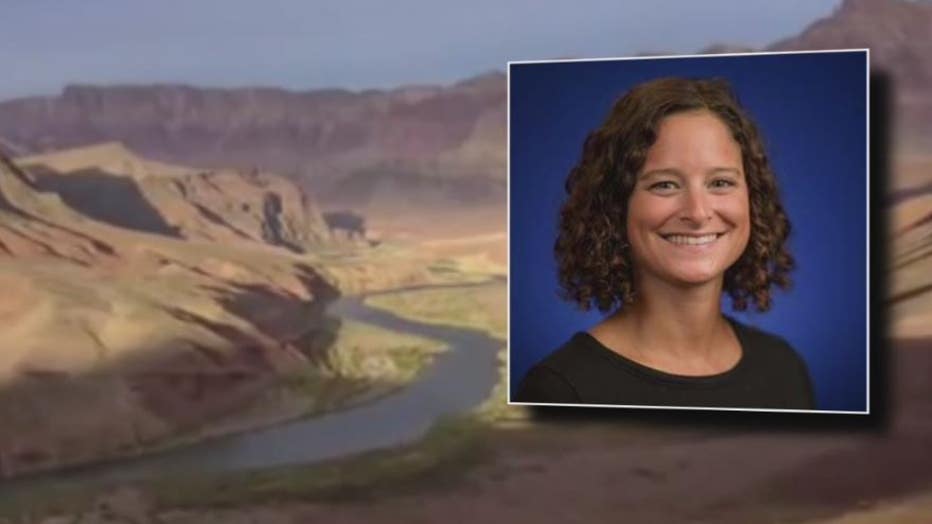 A family friend told FOX 2 by phone the family is devastated by the loss of Rebecca, a  bright spirited, incredible young woman, who hoped to make healthcare more accessible when she started her new job at the center for medicare and Medicaid innovation.

"There are a select few students who do a dual degree in our masters' program, and in addition, one of a dozen or so, nationally selected students to receive the to receive the David A. Winston Health Policy Fellowship highlights what a rare gem she is."