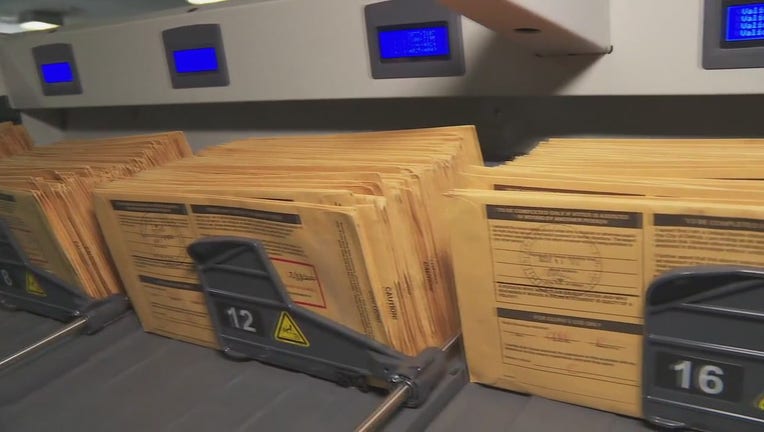 DETROIT (AP) - Michigan's Democratic secretary of state was sued Tuesday by her two Republican predecessors after failing to challenge a major court decision that orders the state to count absentee ballots days after the Nov. 3 election.

The lawsuit, filed in federal court in western Michigan, is the latest step by Republicans to try to block an order from another court that could keep some races unsettled long after Election Day in the battleground state.

Court of Claims Judge Cynthia Stephens, citing chronic mail delays during the coronavirus, said ballots postmarked by Nov. 2 can be counted if received within 14 days after the Nov. 3 election.

The Republican-controlled Legislature is trying to intervene in that case and pursue an appeal. There's also a separate legal challenge by the state and national Republican Party.

In the latest lawsuit, two former secretaries of state, Terri Land and Ruth Johnson, accused Secretary of State Jocelyn Benson of failing to vigorously defend Michigan law, which says absentee ballots must be received by 8 p.m. on election night.

Benson “has chosen to abandon the enforcement of statutes enacted by the Michigan Legislature,” said Land and Johnson, who were joined in the lawsuit by Oakland County resident Marian Sheridan.

The lawsuit accuses Benson of participating in a “friendly scrimmage” with groups that sued over the ballot counting.