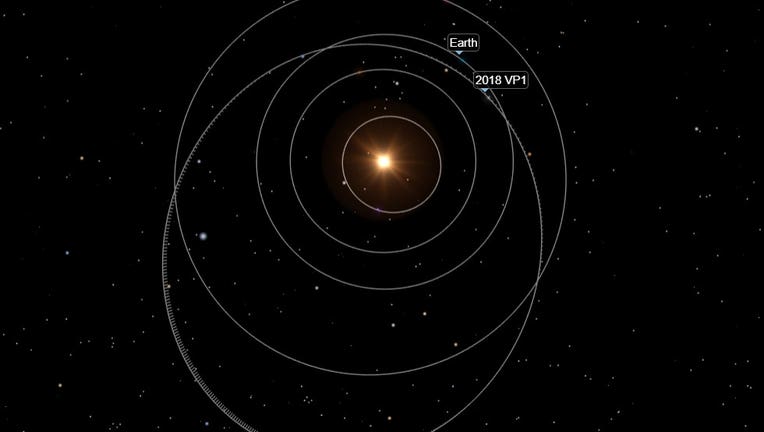 Scientists say an asteroid is expected to zoom uncomfortably close to Earth on the day before Election Day.

The celestial object, known as 2018 VP1, is expected to buzz Earth on November 2, according to the Center for Near Objects Studies at NASA’s Jet Propulsion Laboratory.

According to NASA, 2018 VP1 is a very small asteroid whose orbit crosses the orbit of Earth.  Computer simulations have not indicated any imminent likelihood of a collision.

It orbits the sun every 731 days and is roughly comparable in size to a school bus or smaller.

The space agency says that “based on 21 observations spanning 12.968 days," there is just a 0.41% chance of the asteroid entering Earth's atmosphere.  If it does enter the atmosphere, they say that it will disintegrate due to its extremely small size.