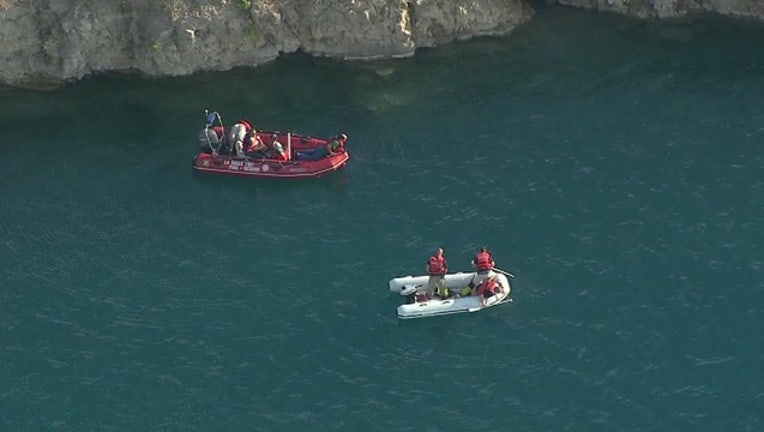 Authorities launched a search earlier in the day following reports that a swimmer was believed to have gone underwater at the former France quarry. State police say three teens had been out swimming. The person's name wasn't immediately released.

The death is under investigation.