How to get baby formula from Canada

Amid the baby formula shortage, some Michigan mothers are traveling to Canada to get formula.

ROYAL OAK, Mich. (FOX 2) - As the baby formula shortage drags on, mothers are scrambling to find ways to feed their babies and at least one Michigan mom is making frequent trips across the border to buy baby formula.

The reality of a baby formula shortage continues to be a nightmare for parents across America, but it’s a crisis that’s brought out the best in some people. On Thursday, congress passed a bi-partisan bill to allow low-income families access to more formulas.

"This is really important as part of what we need to do to deal with an immediate crisis. The reality is right this minute moms and dads are trying to figure out what they’re going to do to give baby formula to their children," said Sen. Debbie Stabenow.

But they're not the only ones trying to help. We found a Royal Oak mom on Facebook who is driving to Canada to pick up formula for other families.

Tori Cohen said her heart went out to the moms in need so she started to do something to help.

"It just broke my heart that people are in this situation where they are days away from not being able to feed their child," Cohen said. "When I learned about the formula shortage, I felt so incredibly bad for these parents who have to deal with it. I feel like everyone is always like I need to do something."

The Canadian native knows what parents are going through because her toddler once had an intolerance for dairy and needed a special formula. 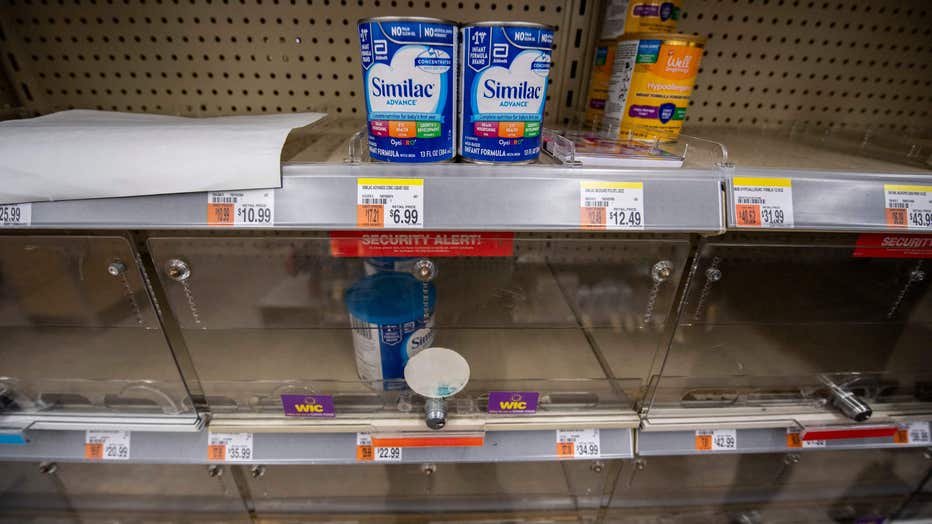 Shelves are pictured empty in Chelsea, Massachusetts on May 20, 2022. - The US government will fly in baby formula on commercial planes contracted by the military in an airlift aimed at easing the major shortage plaguing the country, the White House

Now, some American parents who order Canadian formula will ship their package to her mom’s home near Windsor. Then Tori or her sister will pick it up to bring back to the states.

"I heard a pediatrician refer to it as an infant hunger crisis. It is! There’s no alternative," Cohen said.

This week, the FDA announced the U.S. is allowed to import foreign baby formula but there are things to know. We talked to Beaumont Pediatrician, Dr. Matthew Denenberg, about the differences.

"It’s very important that parents realize that they’re getting formula from other country and we’re allowing in this country, we’re looking at it when it comes in. It doesn’t have the same strict guidelines," Dr. Denenberg said.

The bottom line is if you use formula from another country, talk to a doctor first.

There is good news, however. This week, Abbott Nutrition reached an agreement with the FDA to reopen the plant to make more formula but it requires its plant to retain an independent expert to keep tabs on their operations. It also includes measures for testing formula products and pulling the plug on production if there’s a bacterial contamination.

But it will still take another 6 to 8 weeks before formula is on the shelves.

"I’m not doing this for the thanks of it. I’m doing it because it needed to be done and there are plenty of times where I see a need. I’m an adult and I want to be a responsible citizen, and I want to start filling that need," she said.

If driving to Canada is an option, you need a passport or an enhanced ID and you have to download the Arrive-Can app to fill out your travel info at the border. Then bring the receipt with you when you return to the states to prove the formula is, in fact, formula.

What you need to know about entering Canada